Motorola, who is now a part of Google, just launched the “Motokey 3-Chip” in Brazil. It’s a feature phone with what looks to be some basic Facebook integration, but that’s not what makes this thing special. Peel the battery cover off and you’ll see slots for three SIM cards. Not one, not two, but three freaking SIM cards. How many girlfriends can a guy have before his wallet starts to complain? Anyway, back to the device at hand, it’s set to cost around $175, which is an obscene price for a dumbphone. At that point you’re better off buying a low end smartphone and a few decade old Nokia feature phones that you have to charge once or twice a month. 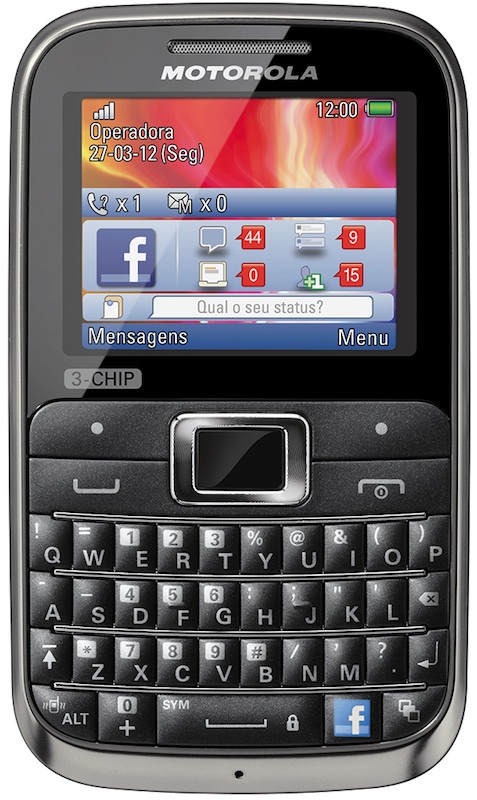 The bigger question is why does the 3-Chip even exist? Forget about the Google acquisition for a second, didn’t Motorola Mobility’s old CEO, Sanjay Jha, swear off dumbphones and made a promise to everyone that his company would bet the farm on Android? How well is the 3-Chip going to be supported now that Google’s in charge? Is Motorola Mobility going to make, dare we say it, a Google+ centric phone for emerging markets? Knowing how these things work, it’s likely that this device was at least a year or two in the making, and that it just didn’t make sense to kill it in the end because several hundred thousand have already been manufactured.

Another important question, this time about the emergine markets, every release of Android has demand faster and more expensive hardware. Just look at the evolution of the Nexus One, to the Nexus S, to the Galaxy Nexus to get an idea of what we’re talking about. When will Google release a version of Android that’s specifically tailored for cheap devices?

Isn’t “the next billion” where the market is heading?

Microsoft won a small victory in its patent battle with Motorola. A ruling handed down by The Munich Regional Court said...