Apple announced tons of new features and enhancements as part of iOS 6 two days ago at WWDC 2012, but it won’t be available to consumers until this fall — probably in September or October. Things like the totally revamped Maps app, improvements to Siri, Facebook integration, iCloud tabs, shared photo streams and more greatly move Apple’s mobile operating system forward in terms of polish and function. I was able to get my hands on the developer preview and I’ve been playing around with the updated OS on my iPad 2 ever since, so let’s dive right into the details.

What’s the very first thing I noticed upon unlocking my iOS 6 device? The new icons. The Maps icon has slightly changed from previous versions of iOS to represent the entirely new app — more on that in a bit. The familiar Clock app from the iPhone and iPod touch has finally made its way to the iPad with a fresh new icon as well. Finally, the Settings icon has changed slightly. The border is a bit brighter and, at least to me, has less of that metallic feel from before. It also serves as a template for other under-the-hood type icons (that’s really the best way I can describe it) across iOS such as the mute switch in the multitasking bar or the new icon-based sharing menu. 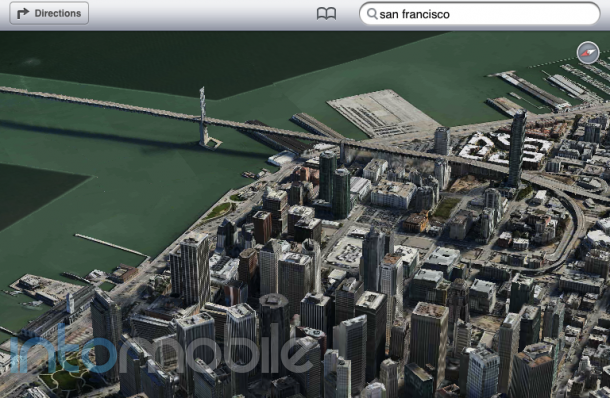 The big question on everybody’s mind I’m sure is about maps — does it live up to the high expectations Apple has set? Well, that’s kind of complicated to answer. The maps gather data from TomTom, Bing, Waze, and some other sources. The design is vibrant and pretty as you might expect. In my use, performance has been noticeably slower than with Google Maps, but this is a beta so we can hope for it to get faster over the next few months. There’s not a lot to say about turn-by-turn directions except for the fact that it does work as advertised; it gets you where you need to go. The interface for it is quite nice too.

The two features I’ve been most impressed with in Maps are search and Yelp integration. Searching for locations or businesses is super fast. As soon as I type somewhere, I get suggestions that are frequently very accurate as to what I was looking for. Even specific locations start to appear in the search results as I’m typing. It’s phenomenal. Then tapping the info button on any location brings up the panel of contact information plus tabs for user reviews and photos right from Yelp. You can even add your own photo or check-in with Yelp. I wish the check-ins worked with Foursquare instead of Yelp, but a partnership is a partnership, I suppose. Overall these two features are really handy and dramatically help with productive.

Finally, we get to 3D, the moment you’ve all been waiting for. I regret to say that at this time, it’s far from adequate. It doesn’t work in every location and it doesn’t even work in popular locations like New York City. The only place I’ve been able to get 3D to function is San Francisco near the Golden Gate Bridge. It’s a shame because when 3D is functional, it does a fantastic job of modeling the buildings. Hopefully by the time iOS 6 reaches consumers, the 3D maps technology will be much more widespread. 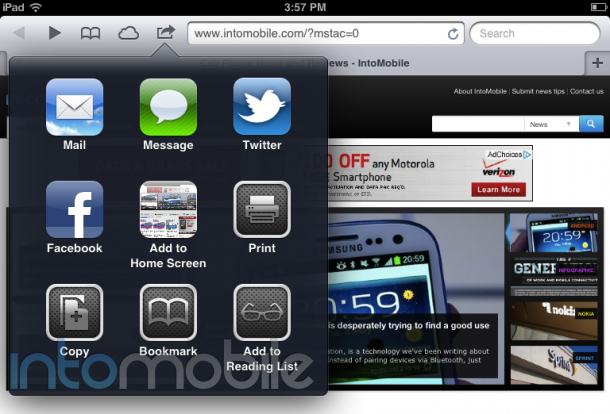 Let me start off on a positive note because I ended with a bad one in the Maps section: Safari in iOS 6 is wicked fast. The browser generally gets a minor speed bump in each major iOS release, but this is the first time where I’m noticing it makes a significant difference. It almost feels like I upgraded the hardware. About 90 percent of the content on the desktop version of IntoMobile, for instance, loads in about 5 or 6 seconds. Scrolling is also as buttery smooth as its ever been.

I couldn’t test out iCloud tabs because I only have iOS 6 installed on one device and that’s my iPad, but I’d imagine they work in a rather straightforward manner. I’m a little surprised Safari doesn’t have the unified search/address field especially when it’s due in Mountain Lion next month, but we’ll see if that changes in a future beta.

Now we get to sharing. Tapping the share button in Safari no longer brings up a list of items, but instead a table of icons. I’m not sure if I like the design better this way, but it’s something Apple seems to have had to do to accommodate all the new options. From here you can mail a link to the page, send it in a message, tweet it, share it via Facebook (which is new to iOS 6,) add the page to the home screen, print, copy, bookmark, or add to Reading List. Sharing to Facebook looks just like tweeting does, except it has a blue header and privacy options on the bottom right to choose who the post is visible to.

I also tried out shared photo streams with a friend and it’s very cool — like a mini social network right within the Photos app. My only wish is for multiple different people to contribute to a single photo stream. Right now the only person who can add photos is the person who shared the stream. 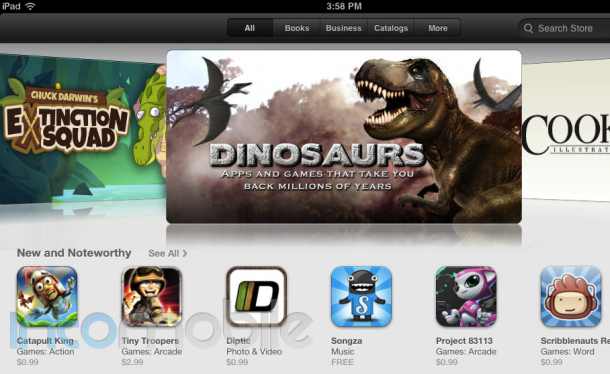 I wasn’t able to try out a few things like the new Siri functions or Passbook because I only installed iOS 6 on my iPad 2 which isn’t compatible with either of those features. Neither of those appear to require much examination anyway. I tried to get Guided Access to work in the Settings for numerous different apps, all to no avail, so I’m not sure if I’m just doing something wrong or if it’s not enabled in this beta.

Overall, the first iOS 6 beta is a bit too buggy for me to install on my iPhone, so I’m not just yet. I need my iPhone to be more reliable on a daily basis than my iPad, so I’ll stick with iOS 5 for now. The release is still pretty stable for its first go, though. I’m not totally sure where Apple is getting the “over 200 features” figure from, but the features I have encountered are sure to delight existing and new iOS users alike this fall.

[UPDATE] Congratulations to Diego for Winning the contest!    AT&T has been busy cooking up a little show called Daybreak. This web...