Motorola has a phone on their website that shouldn’t be there, the Atrix HD. We’re going to assume that AT&T wanted to announce thing thing on their own terms, but hey, at this point we’re glad that Motorola took the initiative and let us know everything their is to know about their first smartphone to run Android 4.0 Ice Cream Sandwich out of the box. Starting with the screen, you’re looking at 1280 x 720 pixels of goodness on a 4.5 inch LCD that has “ColorBoost” technology. What the hell does that mean? We have no idea. Under the hood there’s a 1.5 GHz dual core processor, which we’re going to assume is a Qualcomm S4 Snapdragon, 1 GB of RAM, WiFi a/b/g/n, Bluetooth 4.0, and GPS. There’s a front facing 1.3 megapixel camera, a rear facing 8 megapixel camera, and a 1,780 mAh battery. We think there’s 4G LTE support, but we can’t confirm that. It isn’t in the spec sheet, but come on, do you honestly expect Motorola’s flagship device NOT to have LTE? 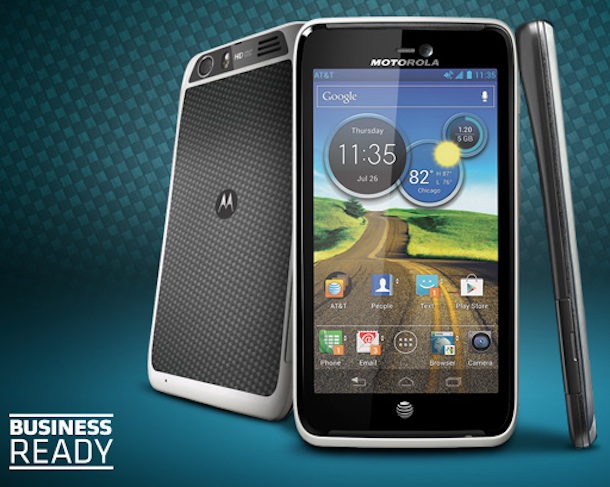 Now for the important questions: When will this thing hit the market and how much will it cost? Again, we can only speculate here, but we’re pretty confident in saying that July 26th has been penciled in since that’s the date on the photo of the Atrix HD. As for price, we haven’t got the slightest clue. Should you buy this thing? That’s hard for us to say. Now that the Galaxy Nexus is banned in the United States, everyone and their mother seems to be salivating over the Samsung Galaxy S III. There’s also the HTC One X to consider, but given a choice between the GSIII and the One X we’d rather have the former.

Two days ago we saw a leaked image of an unannounced Samsung device called the "GT-B5330" hit the internet. Today...