Well, look what we have here. An upcoming Sony Xperia device was recently leaked online, and while we don’t have much to go on as far as specs are concerned, it looks to give a nice bump to its older brother, the Xperia S.

Said to be rocking a 1.7 Ghz dual-core Snapdragon S3 processor, the Xperia SL may not be the fastest beast in all the land, but it should be good enough for most. It also looks like the handset will come in four different color options, including black, white, pink, and grey.

While that’s about it as far as “confirmed” go, we can imagine that Sony didn’t back-peddle on the Xperia SL’s camera. The Xperia S ships with a 12 megapixel camera, so we’d imagine that we’ll find either the same camera within the SL, if not greater when it ends up shipping out. We also wouldn’t be surprised if this device retained the 4.3 inch display found on its predecessor.

From the leaked renders we can see that the SL will sport a HDMI port, along with a painfully centered volume rocker, as well as a dedicated camera button.

Overall, what we know of this device doesn’t sound half bad, but we also know that our readers tend to go for the most powerful handsets on the market, and the Snapdragon S3 is bested in a handful of devices at this point. Nonetheless, at a 1.7GHz clockspeed, we have our doubts that the Xperia SL will be slowing down anytime soon.

Now we just have to wait and see if this device will ever hit the states. 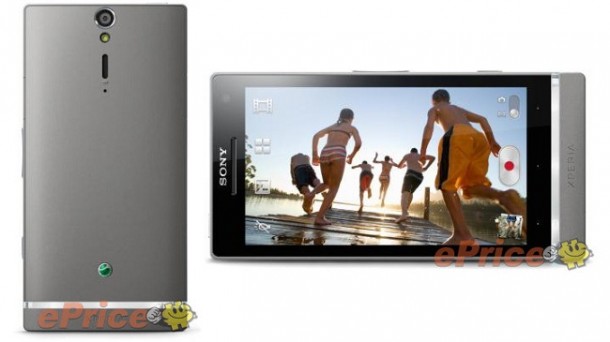