The HTC One X is still one of our favorite devices of the year so far, but one thing that may hold a few people back is its custom user interface, Sense. The software on the One X is hardly bad, and many actually prefer it, but we’ll take stock Android over anything if we can. Well, you can do just that with the HTC One X by installing a custom ROM like CyanogenMod 10.

(We’re using the Tegra 3 version of the One X. If you have the AT&T One X, you can check out tweaks for it over at the XDA page here)

CyanogenMod 10 is not stable, but in our short time with it on the One X, we have run into minimal fuss with the Alpha ROM. Of course, you’ll have to jump through a few hoops to get your Jelly Bean on, but it might be worth it for a lot of users out there.

First and foremost, you’re going to need to unlock the One X’s bootloader via HTCDev.com. In order to do this, you’ll also need the Android SDK, Drivers, Java, etc. installed.

Here are some great resources for getting your One X rooted and more.

OneXRoot.com (If you have trouble installing the drivers from this site, use the HTC Drivers .exe file in the link right below.)

The entire process of unlocking the bootloader, installing the custom recovery, and rooting the One X can take while. We’ll wait.

Now you’re ready to flash a ROM. But first, make sure you perform a Nandroid back up in recovery.

We tried a few ROMs and if you’re looking for a stock Android experience, we’d suggest CyanogenMod 10 (Alpha) or AOKP.

Due to HTC restrictions, flashing a ROM on the device isn’t as easy as going into the recovery, wiping, and installing it.

After installing the ROM in recovery, you’ll need to jump back into the bootloader menu and get into Fastboot. From there, you’ll need to reflash the boot.img. Sometimes another boot.img is provided, but if it’s not, just pull it out of the ROM’s zip file. After that, you need to perform the command, “fastboot erase cache”, and you’re good to go. These instructions are available in the ROM posts, but it’s rather different from your regular download and flash.

Another minor thing that has kept me away from the One X until now is that the handset relies on capacitive buttons below the screen instead of the onscreen buttons found on phones like the Galaxy Nexus and Atrix HD. While it’s hardly something that should make someone turn away from the One X, many ROMs out the allow for customization of the softkeys. If you want to reclaim your menu and search key on the navigation bar, that’s not possible with capacitive keys.

Now there’s a mod for CM10 and AOKP ROMs on the HTC One X called Softkey Enabler. It’s basically useless at the moment, as all it does is disable the capacitive buttons and throw on the same set of softkeys, but we hope to see more customizations in the near future.

Expect to see some more Jelly Bean love on the HTC One X and other devices soon via ROMs like CyanogenMod and AOKP. If you’re one to keep to stable ROMs, then you’ll be happy to know that CyanogenMod 9 (Android 4.0 Ice Cream Sandwich) just hit stable status.

I had a video done up of Jelly Bean on the One X that I stupidly deleted on accident. Will try to get another one up soon. 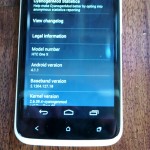 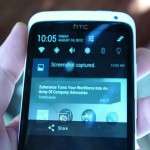 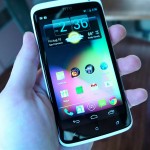 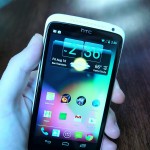 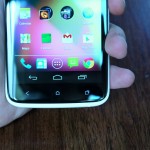 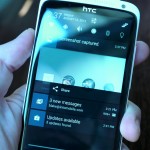 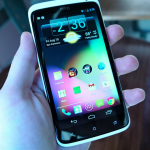 Sprint giving away free ZTE tablet with purchase of any smartphone, beginning Aug. 12

Well, look what we have here. Sprint may have something up its sleeves to lure new customers in. The Now...