In the spirit of litigious discovery following the recent ruling in the long and arduous Apple v. Samsung patent infringement case, IntoMobile has compiled a list of some of the most famous and historical cases of Patent Infringement, and the grueling world of patent law. Apple and Samsung have released their statements and gone their separate ways for now (until they meet again in appeals court,) but as we’ll see below the effects that patents can have on an industry can be long-lasting, and precedent setting.

Ever used a bag-less vacuum? Most of us have at some point, though most of us might not remember what brand we used. Well in 2000, Dyson Vacuums sued Hoover in civil court for patent infringement. Hoover had just released their Triple Vortex bag-less vacuum, which quickly prompted Dyson to sue for patent infringement citing their Dual Cyclone vacuum and the patent they had on it as the point of infringement. Inventor James Dyson said, “Having developed new technology, it is important for Dyson to protect patented inventions and defend all patents.” Hoover was forced to pull their Triple Vortex from the market. A ban like this is what Apple was looking for against Samsung’s Galaxy Tab and Galaxy S III, though to no avail except for the former for which they won a temporary ban. 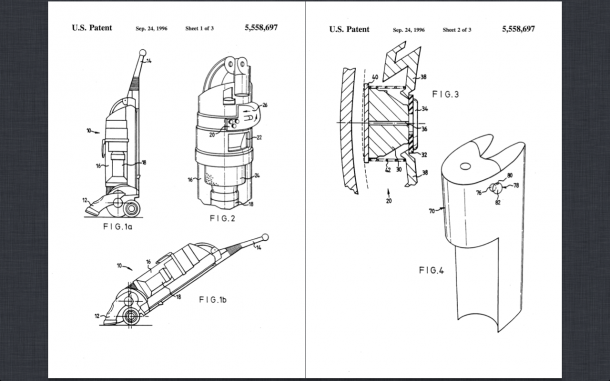 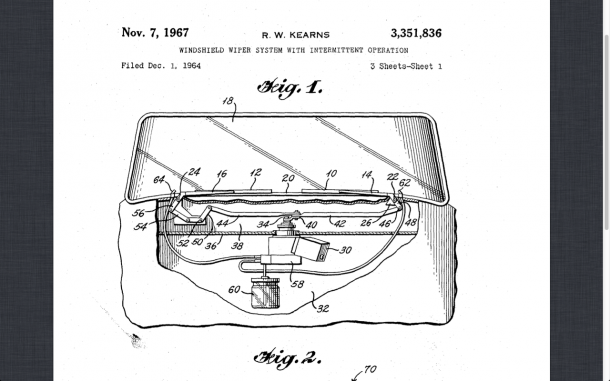 It’s the Intermittent Windshield Wiper! Invented by Robert W. Kearns and patented in 1964. Kearns showed his new invention to the big three, but nobody wanted to license his product. As you can guess within a few years, major car manufacturers began to install wipers identical to Kearns patent in their vehicles. Kearns sued for patent infringement in 1978 and eventually spent 15 years and $10 million in legal fees suing car manufacturers. He was eventually award a total of $40 million dollars from different manufacturers in the 90’s.

Apple has a history of what some consider to be anti-competitive behavior. Suing your competition into submission over patents that are hard to avoid can be considered bad sport. But, in a bit of corporate karma, Apple is currently being sued by Motorola Mobility (recently bought by Google) for patent infringement. What goes around comes around.

On Friday, a jury awarded Apple over $1 billion in damages after it was ruled that the Korean high tech...