We’ve no doubts that Nokia will be making Windows-based tablets now when they adopted Microsoft’s mobile (and tablet) platform. According to these two patents, we should expect unibody designs similar to the one Nokia introduced with the Nokia N9 and later adopted in Lumia 800 and newer Windows Phones (like the Lumia 820 and Lumia 820).

As far as I can tell, the drawings look pretty cool though I’m not sure nice design is all it takes to compete in today’s tablet market. Microsoft on its end should do its best to attract developers to Windows RT and eventually offer a decent number of apps to the users. In the meantime, Apple’s iPad will continue to top users’ tablet wish lists all around the world.

We’ll see how that goes and in the meantime, here’s another sketch of Nokia’s future tablet… 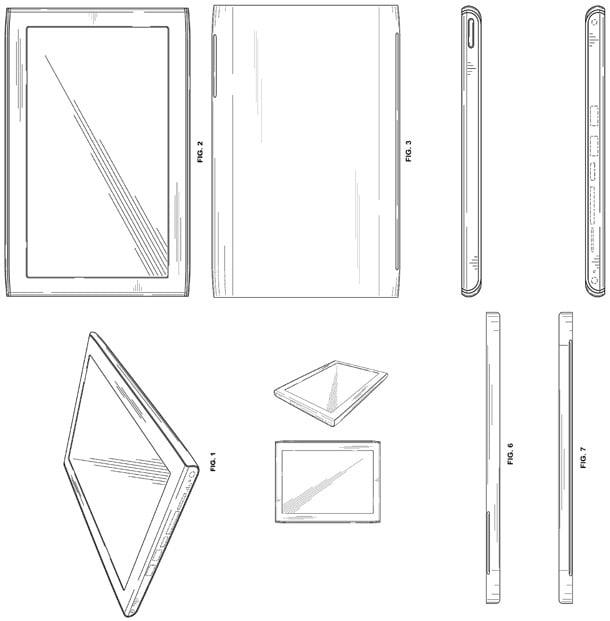 Nowadays it seems like everyone is making a bid to enter the tablet market, including major retailers. Today a rumor...