It’s late at night. You’ve just gotten home from too many drinks at the bar, and you haven’t eaten in hours. Opening up the freezer you grab a frozen burrito and throw it into the microwave. You look around for your iPhone 5, readying your shaky fingers for some drunk texting. But wait…where’s my iPhone? Oh crap… that’s not a burrito in the microwave, it’s my phone! AHHHHH!!

This is a scenario one may think of when they hear of the rash of microwaved iPhone 5’s on the internet the past few weeks, but alas, the real scenarios are a little more, shall we say, stupid. In Japan,  an internet noticeboard known as “2channel” claimed that the iPhone 5 would catch a full charge by microwaving it for 20 seconds, and the iPhone 4s takes 30 seconds. But the only thing these microwaved iPhones have been catching is fire.

Needless to say the “victims” are furious, posting pictures of fried iPhones on the internet, and berating comments. It seems that these iPhone microwavers were duped in part by Twitter, which helped spread the microwave iPhone charging rumors around the twitterverse.  Here are some tweets from this debacle:

-“I read on a Twitter timeline that you can charge an iPhone quickly by heating it in a microwave, so I tried it and now my phone is        broken. I hope whoever spread this dies, asshole!”

-”Really, these guys are too gullible!”

-”The whole story has got to be a performance.”

-”Why don’t these idiots try cooking a whole raw egg in the microwave? That should be fun.”

-”I’m more interested in learning how and what kind of people would actually believe such nonsense.”

So there you have it folks, the internet is full of LIES. Well, not really. Just remember that not everything you read online is true, and please guys, do a little research before trying stuff like this. It will leave your pocketbook empty, and maybe even get you a nomination for the Darwin Awards.

Check out the video below, and the following pictures. 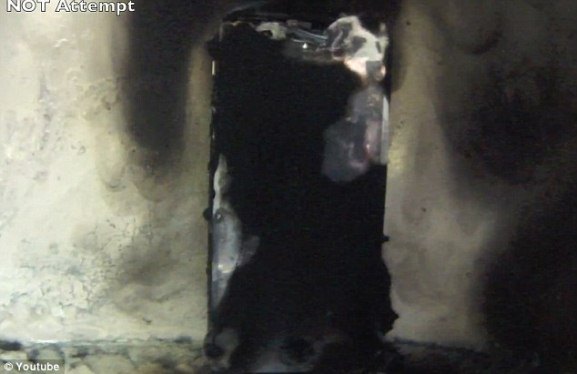 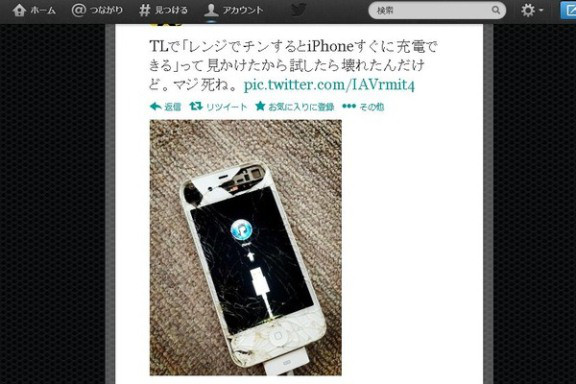 Apple announced its first quarterly earnings today for  FY2013 and confirmed that it sold a record 47.8 million iPhones and a record...