It’s hard to say that Windows 8 tablets have done much for the market, but that certainly hasn’t stopped manufacturers from pushing the devices out. Well, if you’ve been pining for a smaller Windows 8 tablet to call your own, Acer has your back with the W3-810. This 8.1 inch tablet can be found on Amazon for only $379.99.

The W3-810 stands a chance to win quite a few people over. Smaller tablets are not only cheaper, but are easier to bring along with you. This much is true for the W3-810, but $380 is still a bit cheap for an operating system that hasn’t really proved to be real competition to Android tablets and iPads. Nonetheless, the smaller display on Acer’s new Windows 8 tablet is definitely attractive, and that might be enough for a few people looking for a new tablet. 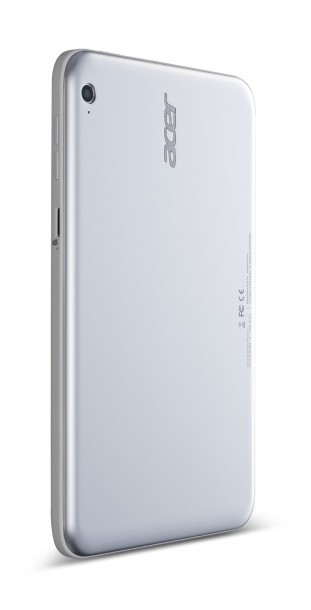 Rocking a 8.1 inch 1280 x 800 display, 1.8GHz Intel Atom CPU, 2GB of RAM, the W3-810 isn’t underpowered in the least bit. Still, there’s no mention of expandable storage, so you’ll be stuck with whatever memory left in the tablet that Windows 8 itself doesn’t take up. Then again, the photo above looks to reveal such a slot, but the jury is still out on that one. Other specs include a Micro HDMI port, Micro USB 2.0 port, 2 megapixel cameras on both the front and back, WiFi, Bluetooth 4.0, and other goodies that have become standard in any tablet today.

Windows 8 has an uphill battle ahead of it to become a viable tablet option, as Android tablet and iPads  unquestionably dominate the market today. Could cheaper Windows 8 tablets at lower price points turn it around?

Would you be interested in grabbing one of these tablets? Sound off in the comments below!

The tablet is currently out of stock at the moment, but if you’re interested in the Acer W3-810, be sure to hit up the Amazon page here!

Toshiba is apparently working on a new tablet with Nvidia's Tegra 4 processor. As you can see from the image...