This week the beloved Nintendo Entertainment System turned 30. We’re taking a little time to look back at the system and some of the games that made it great. The Mario games, Megaman, Tetris and others all played a hand in making the system a fixture in nearly every living room. So many games on the NES were revolutionary for one reason or another, Metroid is no exception. Its gameplay was different from anything that came before, and its protagonist’s identity – only revealed in one of its multiple endings – blew many a young gamer’s mind. 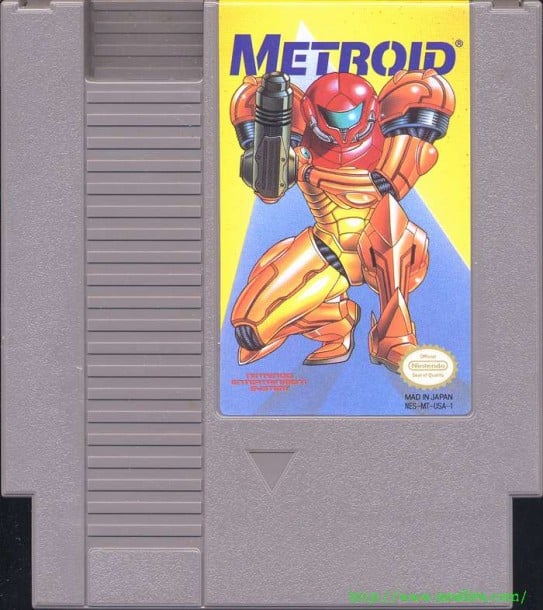 Metroid was released in Japan in 1986, making its way to the United States in 1987 and Europe in 1988. Its development was headed up by Nintendo legend, Gunpei Yokoi and Nintendo’s Research and Development 1 team, along with Intelligent Systems.

Metroid is the first of many games set in its fictional universe. It follows the adventures of Samus Aran, a great bounty hunter. After Space Pirates steal samples of dangerous organisms, known as Metroids from a Galactic Federation research vessel, Samus is called in to save the day. The Space Pirates plan destroy all who oppose them by mutating the Metroids with Beta Rays. Samus must land on their planet, Zebes and destroy its central computer, Mother Brain before the Pirates’ nefarious scheme can be enacted.

No game before allowed players the kind of open, freely explorable platforming as Metroid. Zebes is an expansive, open world of caverns connected by doors and elevators. Samus begins the game with a weak weapon and only a single jump ability.  As Samus hunts down the space pirates and battles the metroids that constantly regenerate, the player gains abilities like better weaponry, armor, the famous Double Jump, Screw Attack and Morph Ball. Abilities are granted by power ups and through defeating bosses. Among the power-ups that are included in the game are the Morph Ball, which allows Samus to curl into a ball to roll into tunnels and use the Bomb weapon.  Defeating standard enemies gives Samus additional energy or ammunition, while defeating a boss expands Samus’s capacity to carry ammunition and opens doors to new areas.

Each skill gained opens up, or makes accessible new areas of the map. Samus must backtrack constantly, finding new paths branching off of areas already visited. The Double Jump ability allows the player to reach higher ledged, for example, and the Morph Ball lets you into tiny passageways you couldn’t enter before. There is no linear structure here, just an ever-growing, constant map you’ll battle through on your quest to defeat Mother Brain. 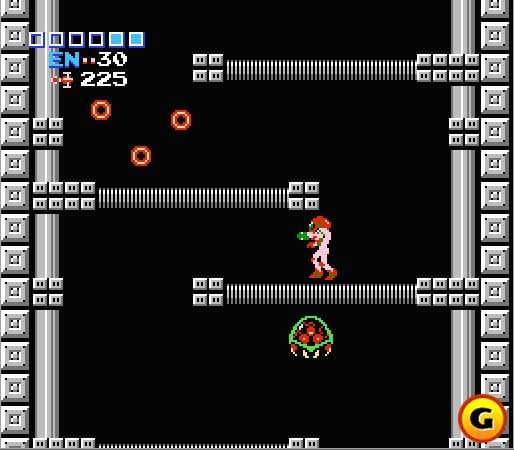 Of course, no mention of Metroid would be complete without the earth shattering revelation that the hero, Samus was a woman under her powersuit. While it seems a little ridiculous now, this was some pretty groundbreaking stuff for video games of the time. While the game industry still struggles with a lack of female playable characters and a male centric bias in general, in the 80’s there were essentially no female protagonists in game narratives. While nothing about Samus’ appearance suggested a gender (being covered in a powersuit, and all), the pronoun “he” was used in the game’s manual, and it was generally assumed Samus was male.

So some little brains definitely exploded when one of Metroid’s 5 endings offered up a reveal of Samus without the powersuit, and all of a sudden “he” looked like this: 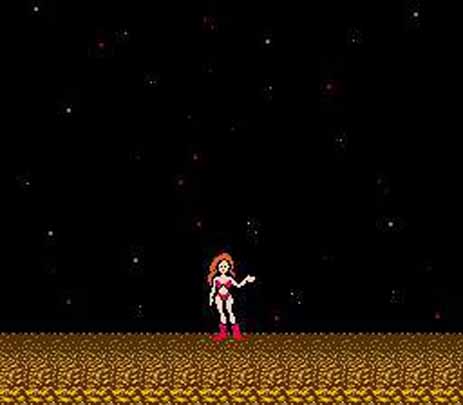 Metroid began a series of excellent titles that has gone on into the modern era. It’s truly a classic and after writing this I just want to grab a copy for my Wii’s Virtual Console and relive this wonder of game design. Please post your Metroid memories in the comments!

Sony's gone into full media blitz for the its new baby, the PS4. But it's nice to see that the...