“In the year 200X, a super robot named Megaman was created. Dr. Light created Megaman to stop the evil desires of Dr. Wily. However, after his defeat, Dr. Wily created eight of his own robots to counter Megaman.”

These were the magic words that began a lifelong obsession with Mega Man. Mega Man 2 had it all; fun, super challenging levels, an awesome soundtrack, multiple upgrades to Mega Man’s blaster and something that was revolutionary in the age where saving a game was impossible: a visual password system that would enable players to pick up where they left off.

Mega Man 2 set off a revolution in gaming, and created the Mega Man franchise as we know it today. The success of Mega Man 2 launched one of Capcom’s most successful franchises, spanning multiple consoles and even entering into the animated realm in the late 80’s on Captain N And The Game Master, as well as appearing in a host of anime adventures.

Life without Mega Man seems inconceivable today, but the sequel almost didn’t see the light of day. The original Mega Man, which was released in 1987 had unimpressive sales, and Capcom decided that an immediate sequel was not warranted. The Mega Man team sweet-talked Capcom into allowing them to develop Mega Man 2, and Capcom conceded, under the agreement that the team would continue to work on their current projects. And the rest is history.

“So we, of our own accord, got together, spent our own time, we worked really, really hard, you know, just 20-hour days to complete this, because we were making something we wanted to make. Probably in all my years of actually being in a video game company, that was the best time of my working at Capcom, because we were actually working toward a goal, we were laying it all on the line, we were doing what we wanted to do. And it really showed in the game, because it’s a game, once again, that we put all our time and effort and love, so to speak, into it, designing it.” – Keiji Inafune, April 2004

At a time when most Nintendo games were simple side-scrolling platformers with limited features, Mega Man 2 added a breath of fresh air to the genre by introducing new features such as stage select and weapon power-ups. The player took control of Mega Man, a helmet-clad robot sprite with a gun attached to his arm. Mega Man was charged with defeating Dr. Wily’s eight robots in order to get to 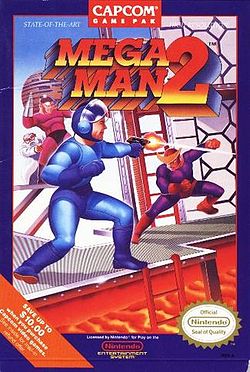 the evil genius. The bosses were pitted at the end of each level, and upon defeat would bestow a special weapon into Mega Man’s inventory. Every boss included a weakness to another bosses weapon, requiring the player to figure out which weapon would kill a boss most effectively. Metal Man’s and Fire Man’s weapons would destroy Wood Man; Air Man and Bubble Man’s weapons would decimate Heat Man, and so on and so forth. AFter defeating the eight evil robots, Mega Man headed off to fight Dr. Wily. The two Dr. Wily stages were easily the most challenging, requiring hours of memorization and impeccable timing to traverse the levels.

Mega Man 2 was released in the U.S. in 1988 to much fanfare. The game sold over 1.5 million copies worldwide, and is the highest selling game in the Mega Man series, which at this point is massive. As the franchise progressed on the NES, core gameplay elements stayed the same, and new features were slowly introduced. Mega Man eventually got a robot dog friend named Rush, as well as a robot bird named Beat.

Mega Man 2 was a groundbreaking NES game, and kept many an aging millennial glued in front of a radiation spewing tube TV. The continuation of the series on a number of platform shows the staying power of the franchise, and hopefully will keep generations of gamers entrenched in the battle against Dr. Wily and his evil robots. 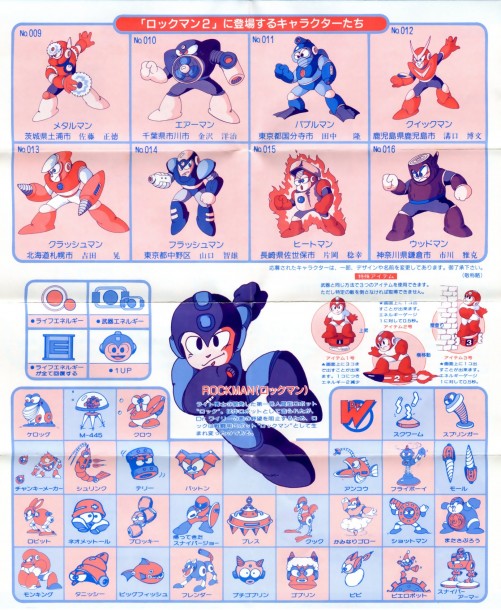 Firefly Licensed RPG Coming to Android and iOS in 2014

Firefly fans, rejoice! A new Firefly mobile RPG is coming to Android and iOS devices next year. Firefly Online will...