Google just took the wraps off of the new Nexus 7 and Android 4.3 at an event today in San Francisco. Android 4.3 is definitely a minimal update, but it does bring a few new features that are welcomed to the OS.

Here’s a quick look at some of the new features for developers and users on Android 4.3

Android 4.3 is now more smooth and responsive than ever with its latest optimizations. Project Butter gave Jelly Bean a boost in Android’s performance, and the latest version of the OS will build upon that.

Developers can look forward  to improvements to rendering shapes and text, improved window buffer allocation and more. But for the end-user, it’ll be bringing a more fluid and smooth experience across the board, and that’s definitely not a bad thing. 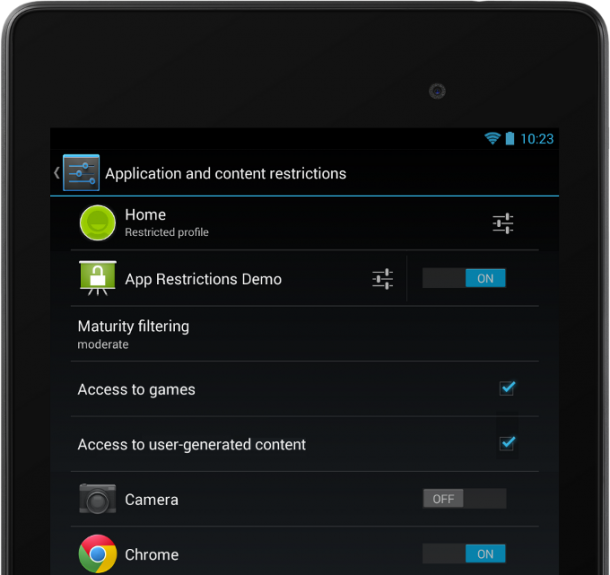 Android 4.3 introduces Restricted Profiles, which should be a welcomed feature for parents or those sharing a device with others. Restricted Profiles allows the primary user to restrict certain content and applications from being viewed by a specific profile. Google has also introduced the ability to hide in-app purchases from applications. In turn, the restricted user can’t purchase in-app content, but said content is not even viewable within the application. 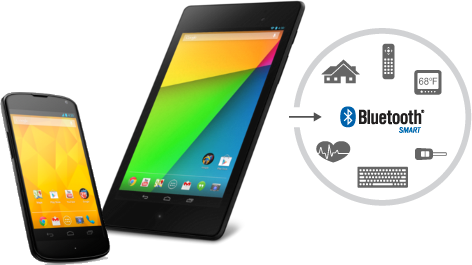 Graphics will now be more stunning than ever one Android with the support of Open GL ES 3.0. The new Nexus 7, Nexus 4, and Nexus 10 currently support Open GL ES 3.0. Both 2D and 3D graphics on supported devices will be significantly improved,  allowing for acceleration of advanced visual effects, high quality texture compression, and much more.

A nifty feature found on Android 4.3 is Wi-Fi Scan-Only Mode. Users can enable this feature within the Wi-Fi Advanced settings, where it can scan for your location without needing to connect to a network. Not only will this help battery life, but can provide better accuracy for applications that require the user’s location.

A simple yet welcomed feature in Android 4.3 allows users to use third-party SMS applications for the quick response feature when receiving a phone call. Previously, when a user receives a phone call, the option to reject and reply with a text was available, but only with the stock messaging application. So if you have replaced the stock messaging application with something like Go SMS or Slide Messaging, your quick response messages can now be used with these applications

There are a ton of minimal features that aren’t necessarily the most groundbreaking, but are welcomed nonetheless. Android 4.3 is still Jelly Bean, so we weren’t really expecting much to come from this version of the OS. Still, there’s enough for developers to get excited for. As for the users out there, you’ll likely have to wait until Key Lime Pie until exciting new features are announced. Luckily, that announcement could be just a few months away.

For a full rundown of Android 4.3 Jelly Bean, check out the Android Developer site right here!

Google served up some piping hot numbers this morning at its "Breakfast with Sundar" event in San Francisco. The menu...