Google’s wearable Augmented Reality headset, Google Glass has a few challengers. But today, one  the biggest announced it had secured some major  funding in its bid to compete with Glass. Telepathy, and its prototype wearable device have secured $5 Million in venture capital.

CNET reported the news today on its site, and got a brief statement from Telepathy founder and CEO Takahito Iguchi:

“Wearable technology will enable the next wave in social networking. The $5 million funding will enable us to enrich the user experience of Telepathy One, which we expect to bring to market in 2014.”

Firsthand Technology Value Fund led the first round of investment. Telepathy, which is based in Sunnyvale, California plans to use the money to hire new hardware and software engineers.The Telepathy One headset prototype,  is a hands free communications device that wraps all the way around the user’s head. It has a small screen, built-in ear buds, and should have a software dev kit out this fall.
CNET also reported that Peter Hoddie, vice president of Marvell Semiconductor’s Kinoma software platform and a video compression developer, has joined the startup’s advisory board.

Telepathy’s device also appears to be competing with Google Glass on a fashion level. Since Vogue officially made Google Glass cool, it’s a brave new world out there. So who wore it better? Tom Cruise in the Gucci Goggles on the left or Leo DiCaprio in the Versace Visions on the right? 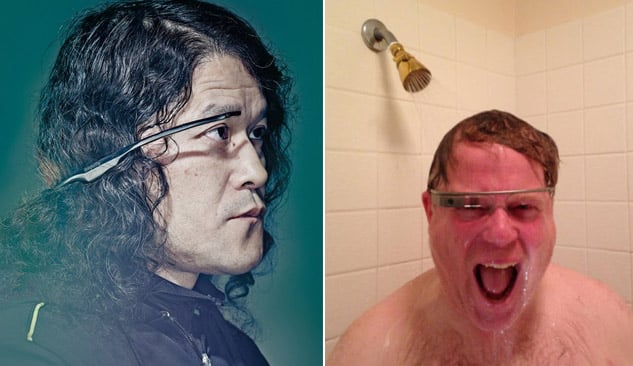 T-mobile will be offering its popular Simple Choice plans to business customers, bringing a new way for businesses to take...