The “S” models of the Apple iPhone have a tendency to underwhelm, given that they usually share the core design and features of the previous model. Luckily, the iPhone 5S wasn’t underwhelming and offers a compelling feature set that many current iPhone 5 owners will want to upgrade to.

We’re going to break down the biggest and best changes in the iPhone 5S right here!

The design on the iPhone 5S remains largely the same as its predecessor but it’s not a carbon copy. Apple has classed it up a bit with the iPhone 5S, offering up chamfered edges to make the new model stand out even more. This wouldn’t be the first smartphone we’ve seen ship with sexy chamfered edges before this year, but we still love the subtle changes found on the iPhone 5S.

Apple is also offering up the iPhone 5S in a new color – gold. It is more of a champagne gold, which is what we were expecting all along, but we’re glad to see it’s not too intense. As usual, you’ll also be treated to a white and a black version of the iPhone 5S, which have been renamed to silver and space grey. 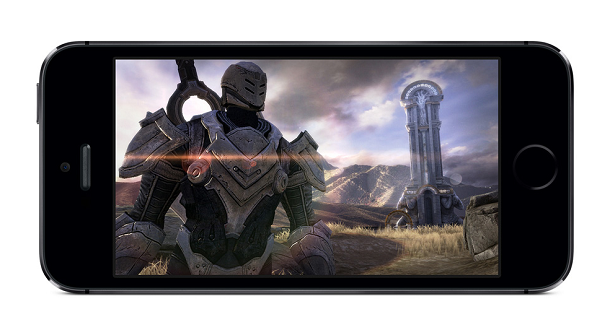 Apple’s latest processor ups the ante by introducing the world to the first 64-bit processor found in a smartphone today. The A7 offers up extreme performance boosts across the board, and it’s 2x faster in terms of CPU and GPU performance compared to the previous A6 processor. Little did we know that iOS 7 was developed for 64-bit that can take full advantage of the Apple A7.

All pre-installed application on the iPhone 5S are already optimized for the A7 chip, just as you’d expect, so you’ll find a buttery smooth experience across the board with Apple’s homebrewed apps. Of course, 32 bit applications will also run just fine on the A7.

The A7 also supports OpenGL ES 3.0, which is going to make a lot of developers and gamers happy. The performance graphics boost from OpenGL ES 3.0 will offer up richer visuals and dynamic effects that just weren’t possible previously.

Apple claims that the A7 is incredibly energy efficient but didn’t allude just how incredibly energy-efficient is really is. The Apple website shows the battery performance to be the same as the iPhone 5. While we’d like to see a nice jump in battery performance from the 5S, we can’t complain about breaking even with the previous model, especially when it’s that much more powerful. 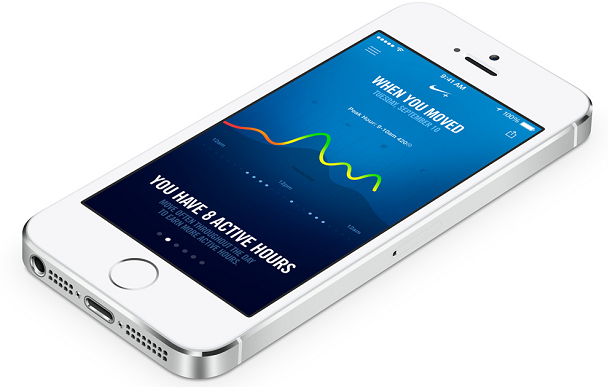 Alongside the A7 is the coprocessor, the M7. The M7 manages and tracks tasks that would previously be left to the A7 to handle, like the accelerometer, gyroscope, and compass. This means that the load of a handful of sensors is taken off the A7’s back and allows the M7 to handle the tasks, leading to better battery life.

The M7 recognizes when you’re walking, running, or driving in a car, in which, if you’re using driving navigation in your car, park and then start walking, the navigation on Apple Maps will switch to walking navigation. The M7 will also have a nice hand in fitness applications to track your activities without having to use the A7. The idea in itself sounds great and we can’t wait to put the M7 to the test. 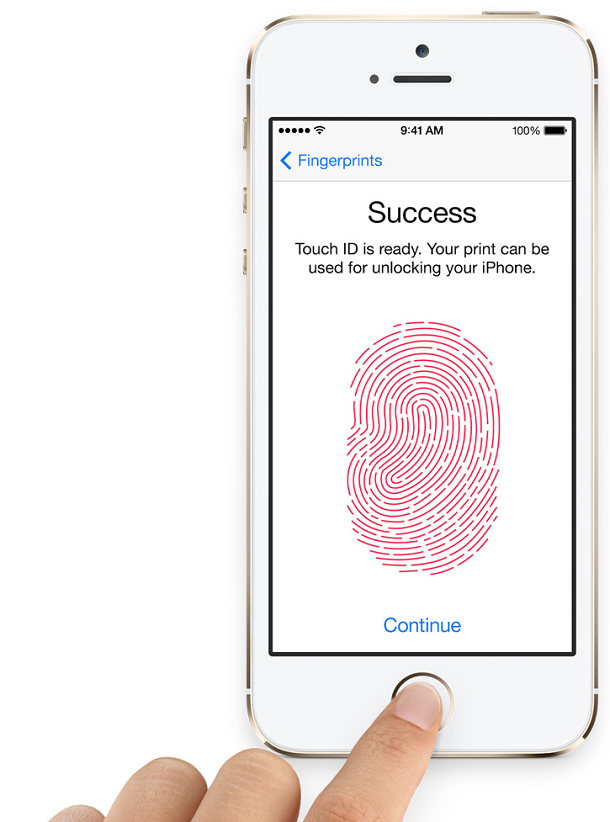 Possibly the biggest feature on the iPhone 5S is the addition of a fingerprint sensor on the home button. The feature is called Touch ID, and it adds a new level of security to your iPhone. The touch sensor is composed of a 170 micron thin touch ID sensor that can sense 500 ppi and can scan your sub-epidermal skin layers.

Touch ID allows users to unlock their iPhone 5S or purchase applications or media in the App Store just by scanning a finger on the home button. Not only does the scanner read your fingerprint from any orientation the phone is in, but you can also enroll multiple fingerprints for other people that you trust to use your phone.

The idea of Touch ID is great, but it will depend how reliable the feature works. If it takes too long to scan your fingerprint or is inaccurate, some may switch back to the PIN unlock method. We’ll have to wait and see! 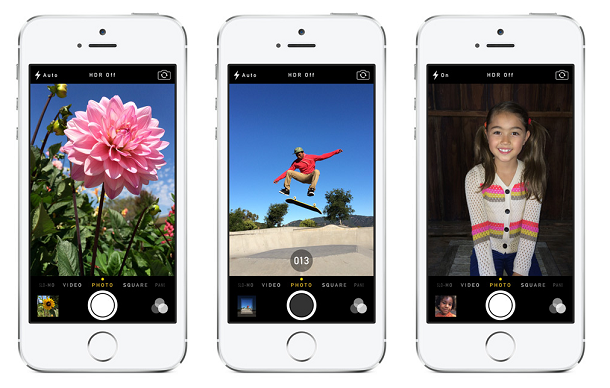 Apple put a lot of focus on the iPhone 5S’ iSight camera, and it’s now better than ever.

The new iSight camera features larger pixels (1.5 microns) than the previous shooter found on the iPhone 5, along with a ƒ/2.2 aperture, allowing for more light to enter and enhancing low-light photos. Since we’re on the subject of low-light photos, let’s touch on the new True Tone dual-LED flash found in the iPhone 5S. Apple has bumped the count from a single to dual LED flash on the 5S, but one LED is a cool white, where the other is a warmer white. Together, the two LED flashes can create a combination of 1000 different lighting tones (Apple’s words) to create the best photo in the provided lighting. Pretty damn cool.

Apple didn’t just stop with photos, either. The iPhone 5S can shoot 1080p HD video at a rate of 30 fps (frames per second), which is fairly standard in a high-end smartphone today. But when it comes to 720p HD video recording, the iPhone 5S allows the user to record in 120 fps, making for some interesting slow motion videos.

Those are some of the best new features found on the new iPhone 5S and there’s definitely a lot to love. Apple has definitely shattered the “S” theory by making an incredibly powerful device that has enough new feature for anyone — including current iPhone 5 users, to upgrade to.

Are you grabbing an iPhone 5S? Sound off in the comments below!

iTunes Radio Glimpsed at Apple Event, Will Release with iOS 7 on September 18th

With all the announcements at today's Apple event, it's understandable that Tim Cook and Co. powered through some new features...