The next iteration of ARCHOS’ GamePad has been announced, the GamePad 2. The 7-inch handheld gaming tablet features some beefed up specs and a beautiful controller design that’s sure to bring Android gaming to the next level.

The GamePad 2 is powered by an A9 quad-core processor clocked at 1.6GHz, which is coupled with a Quad-core graphics processor and 2GB of RAM. The gaming device will tout Android 4.2.2 Jelly Bean, and will be available in 16 and 32GB variants, with both models touting a microSD slot which allows users to expand storage up to 64GB.

ARCHOS is making sure that gamers get a solid experience with the inclusion of a 7-inch IPS HD screen with a 1280 x 800 pixel resolution, which provides good viewing angles, vibrant colors and brightness.

Will you be asking Santa for an ARCHOS GamePad 2 this year? Let us know in the comments below. 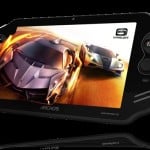 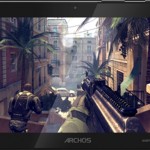 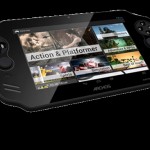 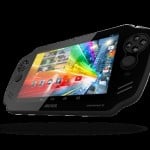 A hybrid tablet made for gamers; the GamePad 2 features a faster Quad-Core CPU, a 7” IPS HD screen and the proprietary ARCHOS Game Mapping Tool

“Following the success of the GamePad 1, we knew that we could take the gaming-tablet concept further. With our GamePad 2 we have included an HD screen, better controls, a larger battery and a faster processor,” said Loic Poirier ARCHOS CEO, “We’re excited to be working with a leading games company like Gameloft to pre-install two visually stunning titles for an amazing gaming experience.”

The ARCHOS GamePad 2 includes complete versions of Asphalt 8: Airborne and Modern Combat 4: Zero Hour by Gameloft both revisited for physical controls. “With a tablet that’s as innovative as the ARCHOS GamePad 2, it was an easy decision to optimize our games for the platform,” said Cyril Guilleminot, Gameloft Director for France & Benelux. “Users will be able to take part in a brand new gaming experience with its integrated physical control system.”

Powered by an A9 generation quad-core processor running at 1.6GHz coupled with a fast Quad-Core graphics processor and 2GB of system RAM, the ARCHOS GamePad 2 has more than enough power to play the latest 3D games smoothly.

Thanks to super energy-efficient 28 nanometer processor technology and a much larger battery than normally used on a 7 inch tablet, the ARCHOS GamePad 2 has vastly improved battery life whether in gaming or simply when browsing the web.

Combined with the updated version of the critically praised Game Mapping Tool, first featured on the GamePad 1, that lets users map any touch-screen button game to work with the physical controls, the ARCHOS GamePad 2 offers an improved android gaming experience for hundreds of thousands of free and paid games.

With downloads, purchases, ratings, comments and game updates all taking place through the Google Play Store, users can get the best from the huge games catalogue available for the ARCHOS GamePad 2.

The ARCHOS GamePad 2 is available in two storage sizes – 8GB and 16GB. Both versions include a microSD slot (64GB compatible) with app2sd support for extra storage.

Though the ARCHOS GamePad 2 was designed with gaming in mind, it’s still a fully functional Android tablet able to do everything that you expect from a tablet… and more, thanks to ARCHOS media applications. Additional key features and specs include:

The ARCHOS GamePad2 will be available at the end of October at €179.99 on www.ARCHOS.com.

For more information about the GamePad 2 or other ARCHOS products visit www.ARCHOS.com.

ARCHOS, a pioneer in the portable audio and video player market, and now specializing in Android Tablets and Smartphones, has repeatedly revolutionized the market for consumer electronics since 1988. Today, ARCHOS offers its own line of Android Tablets and Smartphones, as well as a full line of OEM devices. In 2000, ARCHOS launched the Jukebox 6000, the first MP3 player combined with a hard disk. In 2008, ARCHOS launched the first generation Internet Tablets, and then the first ever Android powered tablets in 2009. In 2013, ARCHOS launched its first generation of Smartphones with the ARCHOS Platinum series. ARCHOS has offices in the United States, Europe and Asia. ARCHOS is quoted on Compartment C of Eurolist, Euronext Paris, ISIN CodeFR0000182479. Website: www.archos.com.

©2013 Gameloft. All Rights Reserved. Gameloft, the Gameloft logo and Asphalt are trademarks of Gameloft in the US and/or other countries. All manufacturers, cars, names, brands and associated imagery featured in the Asphalt 8: Airborne mobile game are trademarks and/or copyrighted materials of their respective owners.

AT&T is continuing its march to light up the U.S. and parts of North America with 4G LTE coverage by...