With the Nexus 5 headed our way possibly any day now, we’ve began to wonder what will happen to the Moto X. The handset has received a lot of praise from its unique software features and great battery life, but will the other phone coming from Google steal away the Moto X’s spotlight and make one of Motorola’s latest handsets fade into distant memory like the new Carrie remake?

Check it out below! 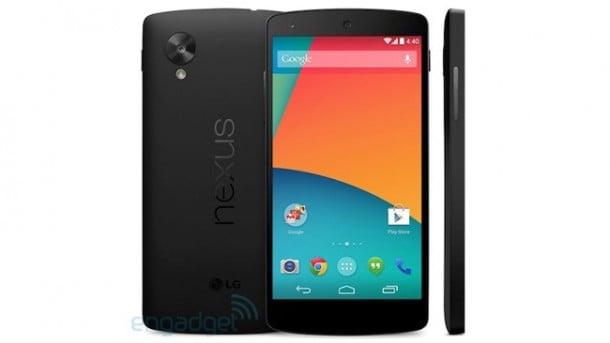 While it appears that Google and Motorola sought to destroy the spec myth with the Moto X, the Nexus 5 is packed to the gills with high-end specifications. We’re expecting the handset to ship with a majority of the internal hardware found in the LG G2, making the handset more appealing to some. The Moto X is a snappy handset that may have some interesting software features like active notifications and always-on listening for Google’s Voice Search, but the hardware alone on the Nexus 5 may have some Moto X owners jumping ship. Even if it’s a fast phone, the hardware in the Nexus 5 will likely last you longer than the  Moto X in the long run.

Expected to debut at $349 without a contract, the Nexus 5 essentially beats out any smartphone in this arena. Getting down to a price point that’s only $150 more than a majority of smartphones cost with a two-year contract is certainly hard to ignore, and one could almost buy two Nexus 5 handsets for the price of one off-contract Moto X. Just something to think about.

If it’s a Nexus, it will get updates faster than a majority of Android smartphones available. The Moto X is close to stock Android, but still ships with carrier bloatware. Carrier control is likely to slow down Android updates even if the manufacturer has the update ready to go for a handset. How long would you want to wait for your Moto X to get the Android 4.4 KitKat update? Plus, for all we know the unique software features found on the Moto X will ship with KitKat. 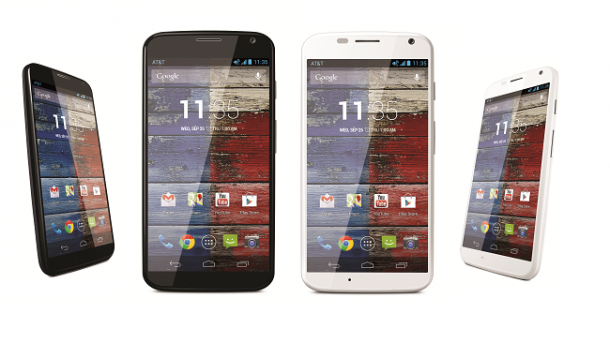 The Moto X is available on all four major carriers in the US and we have our doubts that the Nexus 5 will have such availability. Historically, Nexus devices have had compatibility with T-Mobile and AT&T. Calling Sprint’s Nexus S and Verizon’s Galaxy Nexus launches a disaster would be an understatement, as both took a long time to receive the ‘timely updates’ that make Nexus handsets so appealing. While you’d still be in the same boat with the Moto X, a Nexus isn’t a Nexus without its freedom. Being on all four carriers in the US definitely gives the Moto X an edge here.

We get it. Smartphones are getting big. With a large chunk of newer smartphones nearing or blowing past the 5 inch display mark, the Moto X seems like a dream come true to some. The 4.7 inch display fits snuggly and feels great in the hand, which is something we can imagine the Nexus 5 won’t be able to do so elegantly.

While it may be limited to just one carrier in the US right now, the ability to design your own Moto X is something the Nexus 5 won’t be able to compete with. These customizations could affect the resell value of the Moto X, but having the option to choose the color of the back, accent pieces and face of the device is definitely something that sets the Moto X apart from just about any other smartphone on the market today, not just the Nexus 5.

The Moto X is being pushed on TV ads, newspapers, and more thanks to the $500 million campaign budget from Google. Google and Motorola are pushing the Moto X as a cool and hip device for the younger crowd and the ads for the device are pretty good. Google has yet to push a Nexus smartphone in such a manner, largely leaving advertising of its handsets online. While Nexus devices are becoming more of a consumer product than the ‘developer’ devices they once were, we can see the Nexus 5 going unnoticed to many people, especially if there’s nowhere to physically pick the device up.

What do you think? With the right push, do you think the Nexus 5 will make the appeal of the Moto X go south or do you believe the handsets and targeted markets are too different to matter?

Well guys, it looks like BBM has finally begun rolling out to Android users after showing up on the Apple...