Today is Apple’s big day. The Cupertino company is gearing up to announce its new iPad 5, iPad mini 2, OS X Mavericks and possibly a new retina MacBook Pro. In preparation for the big day, Apple has been prettying up the Yerba Buena Center for the Arts in San Francisco as shown in the image posted up by SocialandTech.

The building wears the pastel colors of iOS 7 in a paint job that matches the invitation that was sent out a week ago. It’s an impressive sight but not as impressive as the hardware Apple is expected to debut today.  We are hoping for a thinner and lighter iPad 5, a retina-capable iPad mini 2, Haswell-powered Retina MacBook Pros, OS X Mavericks launch date and maybe a surprise or two about the Apple TV

Apple also posted up a beautiful image of the Yerba Buena center on its website to promote the event. This is the first time in recent history the company has ever featured an event with a hero image and dedicated space on the front page of its website. 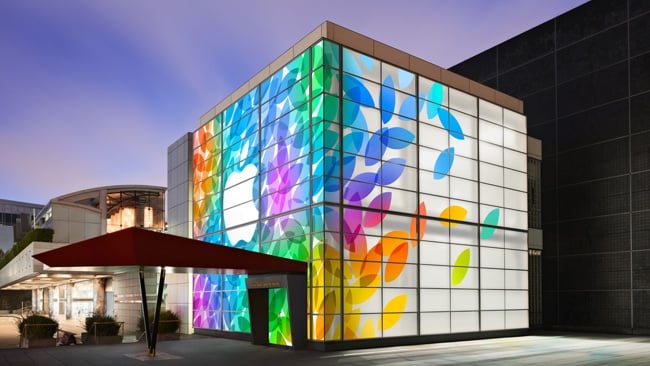 Apple is holding its big iPad announcement event today. Unlike its September event which was held on its Cupertino campus,...