Google’s Nexus devices have always provided the purest Android experience with top of the line power, so it’s no surprise that the latest is hotly anticipated. Leaked pics of the new Nexus 5, made by LG, have been popping up in recent weeks and now Canadian carrier WIND Mobile made it official. Then it was promptly removed. 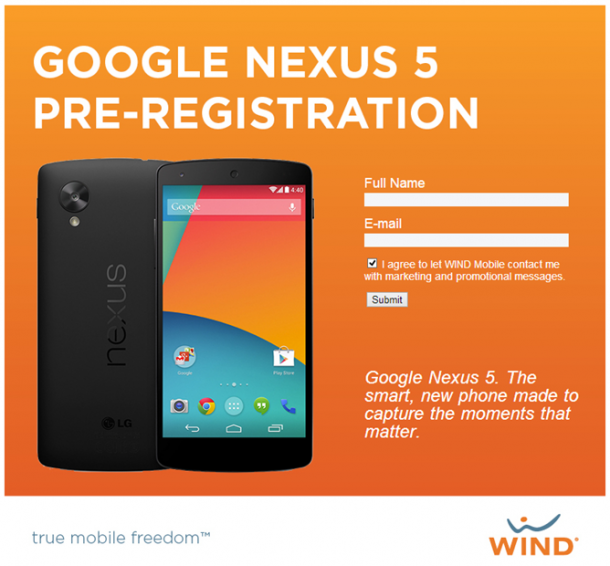 WIND’s pre-reg showed up on the company’s Facebook page, but has since been removed. So it looks like it was  a little premature. The pre-reg page did show the specs of the new Nexus 5, however, which are about what we were expecting.

WIND removed the pre-registration and has made no more comment, but another leak came from a Canadian LG distribution center. The pics (featured at the top of the page) clearly show the Nexus 5 packaging. There are pallets upon pallets of the device in that warehouse!

With stocks like that ready to go, and a pre-registration graphics primed, it can’t be long until the Nexus 5 drops in Canada. It’s safe to assume it will be coming to the U.S. around the same time.

Google Glass 2? Hardware Upgrade on the Way and Glass Production Ramping Up!

The next generation of Google Glass is coming soon, and we're that much closer to a consumer release. Google confirmed...