Motorola announced Project Ara, the open hardware concept that promises to revolutionize the way we shop for phones. Instead of buying products “as is”, Moto wants to allow us to customize our phones, selecting only the components we want. Here’s what you should know:

1. Project Ara has been in work for over a year. So we’re looking at something that could see the light of the day at some point next year! Or so we hope…

2. Dave Hakkens, the creator of Phonebloks, is involved in the project but Moto apparently started working on it way before he envisioned a phone made out of interchangeable blocks. Motorola will be engaging with the Phonebloks community throughout the development process.

3. Just like that was the case with Phonebloks, users will be able to easily change the processor, beef-up camera, add physical keyboard and modify their phone the way then want to.

4. The device consists of the base, so called endoskeleton (endo) and modules. The endo is the structural frame that holds all the modules in place. A module can be anything, from a CPU to a new display or keyboard, an extra battery, etc.

5. The goal is to do for hardware what the Android platform has done for software: create a vibrant third-party developer ecosystem, lower the barriers to entry, increase the pace of innovation, and substantially compress development timelines.

6. The alpha release of the Module Developer’s Kit (MDK) will be out sometime this winter.

No word when the first customizable Moto phone will be launched… We have another shot of the Moto modules to show you, followed by Phonebloks’ demo video. Check ’em out. 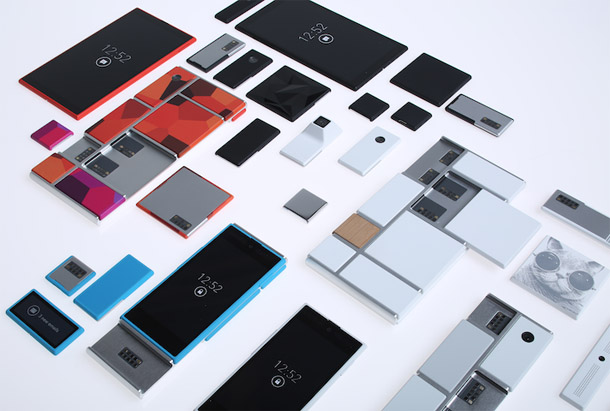