After months and months of anticipation, Google finally released Android 4.4 KitKat yesterday alongside the LG Nexus 5. While KitKat does sport some impressive features, it isn’t quite the Android update we were looking for. That being said, Android 4.4 KitKat could be a game changer in a one way for the Android ecosystem, namely ending Android’s biggest problem, fragmentation. But that will take some time, for sure. It’s not an Apple killer, and it’s not a Wookie turd either. It’s more like sipping an ice cold Colt 45 with Billy Dee Williams in Bespin.

After spending some time digesting all of the features of Android KitKat, here’s a breakdown of the major features found in KitKat, and the good and bad aspects of Android 4.4.

An End To Fragmentation?

One of Android’s biggest problems is fragmentation of the mobile OS. While Jelly Bean is now the OS of choice on more than 48.6 percent of Android devices, many Android handsets still run an older version of the OS.

This is where KitKat will be a game changer, as it is compatible with lower-end and entry-level devices, ones with as low as 512MB of memory. This will allow app developers to create a uniform app ecosystem, akin to the one that Apple users enjoy.

Just because KitKat can function with lower-end devices doesn’t mean that manufacturers and carriers will roll out uniform updates, and even when and if they do, it will take some time. It’s pretty sane to say that devices with 512MB of RAM that are released in the future will sport KitKat, but it’s pretty safe to say that they won’t bother updating current hardware to support the new OS. Manufacturers would have to make many tweaks, meaning time and ultimately money. Not to mention carriers (I’m giving you the stink-eye, Verizon) who take their sweet time approving software updates for their devices. 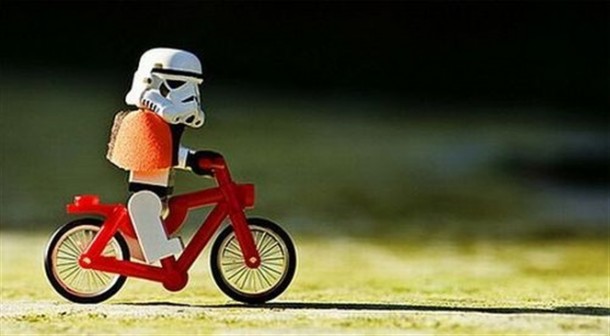 Included in Android 4.4 KitKat are voice commands that first made their appearance on the Moto X. Users can now simply say the magic words “Ok Google” to initiate voice commands from the device’s home screen or from Google Now. This will allow users to initiate a search, get directions or even play a song with ease.

There’s no doubt that Google Now has come into its own, with a variety of features now included in the technology. It is simple and straightforward, and is a solid alternative for Apple’s Siri. While voice commands are nothing new for Android, the new iteration has worked out many of the kinks and bugs that were prevalent in earlier incarnations.

So far, this feature only works with the Nexus 5. This feature will more than likely come to other high-end devices such as the HTC One, LG G2 and Samsung Galaxy S4 once KitKat rolls out to those devices, but may not make its way to devices on the lower-end. We’ll have to wait and see, but my guess is that lower end devices lack the processing power to pull off these features. After all, the Moto X has one dedicated processor on its X8 chipset that handles just voice commands.

KitKat brings a long-awaited change to the Hangouts app, adding SMS and MMS integration into the mix. The Phone app has also been redesigned, which now prioritizes contacts based on who you contact the most.

SMS and MMS support in Hangouts is awesome, and functions beautifully. Now users will see their Hangouts displayed amongst their SMS messages, allowing one to keep messages of all sorts in one place. And animated GIF support? Yes please!

The phone app redesign brings an easier way to communicate with contacts, and allows users to search for nearby businesses without leaving the dialer. Also included is a smarter caller ID, which matches an incoming number with nearby business listings.

Hangouts still lacks Google Voice integration, which is annoying to say the least. Users will still have to switch between the two apps, amounting to a serious amount of juggling. Not to mention the incessant notifications that will be crowding up your notification bar. It would be in Google’s favor to also make Hangouts more like Apple’s iMessage, which doesn’t dock users SMS count when both users are using the app. Hangouts will still eat at your message count, even when sending SMS messages to another user who has Hangouts installed.

As for the Phone app, I can see the nearby places feature becoming a bit annoying. I’ve also heard rumors that Google could eventually place ads in the dialer, which would not be surprising, and would annoy the living shit out of me. I’m sure I’m not alone on that.

Google’s new launcher brings some changes to Android devices, mostly aesthetic in nature. Google Now can now be accessed by swiping to the left of the homescreen, and brings new wallpapers, and an omnipresent Google Search bar that resides on the top of every homescreen.

Google Now is now easier than ever to access, by swiping left from the homescreen. The interface looks cleaner, the dock has been simplified and it’s easier than ever to keep your homescreens in order. If you’re rocking the Nexus 5, you can simply say “OK, Google” to gain access to voice commands.

Google Now is now all up in your biz-nass, and eating away at that battery. If you’re not that into Google Now, too bad; KitKat literally shoves it down your throat. The search bar never goes away, and is present on all homescreens. Why have this feature when Google Now is so easy to access? I get what you’re trying to do Google, but it’s kind of annoying.

My suggestion? Nova Launcher all the way.

Suffice to say, nothing is perfect, and Google’s latest offering is far from it. But it’s not bad, and it’s a great direction for the Android ecosystem. If Android fragmentation indeed can be dispelled, it will start with Android 4.4 but I don’t expect to see it ending anytime soon. KitKat could help lure users from the Dark Side (a.k.a. Apple) with its improved search integration, and will make many lower-end device owners as pleased as punch.

If you’re feeling adventurous, Hangouts and the Google Experience Launcher can be downloaded and installed, and the full version of Android KitKat can be installed on a Nexus 4. Give it a whirl!