The super affordable mid-range Moto G smartphone is now available in Canada, on carriers Telus and Koodo Mobile. The Moto G won’t be landing in the U.S. until January of 2014, with Verizon confirming that they will carry the device.

Canadian customers are the first in North America to be able to purchase the device, which carries a price tag of around $200 for the 8GB version. This is sans-contract mind you, which will allow budget minded customers to pick up the impressive smartphone without the hassle of monthly payments. 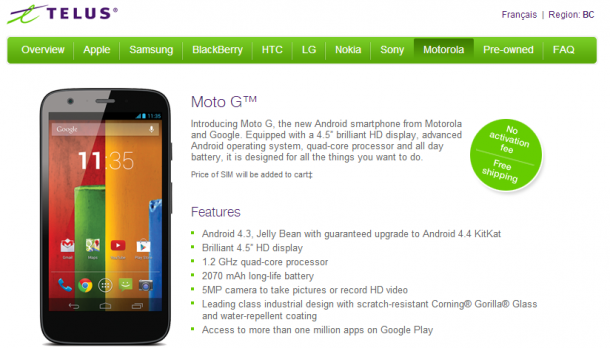 HTC has sent out invites for an event set to take place next Wednesday, November 27th. We're not exactly sure...