It looks like Verizon will be releasing a new color of the Motorola DROID Mini. According to @evleaks‘ latest reveal, the new shade of the device is coming soon. So if you’re dreaming of a white Christmas, this might be the phone for you!

Of course these leaks should always be taken with a grain of salt, but @evleaks has a solid track record. The Twitter feed has consistently been a source of early mobile hardware reveals.

The black DROID Mini is currently going for $49.99 (with contract) from Verizon, so it’s safe to assume the white version will be the same. Verizon had released the Mini on August 21st. The DROID Mini sports a 4.3 inch HD display, 1.7GHz dual-core CPU, 16GB storage, 2GB RAM, 10 megapixel camera, Kevlar casing, and wireless charging support.

The Droid Mini also recently got an Android 4.4 KitKat update along with 6 other Motorola Droid models on Verizon. So it’ll be rocking the latest version of Android in white!

If you’re looking for a low-priced smartphone that doesn’t take up too much pocket space, and you like your gadgets in white this might be the phone for you! It’s also a great holiday gift idea. 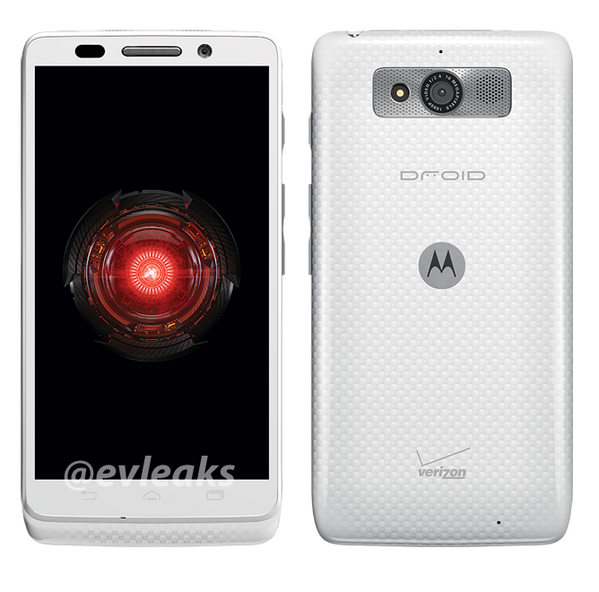