It’s safe to say that 2013 was another successful year for Apple. Did we finally get that “wait, there’s more…” moment we’ve all been salivating over for years? No. However, what we did get was the same model of consistency we’ve all grown accustomed to for so many years.

This year Apple made it’s usual subtle changes to its product line that forces loyal fanboys to ditch their one year old model iPhone, iPod, or iPad for the latest hotness.

So it’s only right to go back in time, and recapture all of Apple’s industry-leading products of 2013. We pay homage to the company’s successful year, then we look ahead into 2014.

We can’t start a year in review for Apple without mentioning the company’s biggest software redesign since the inception of the iPhone. With the ousting of Scott Forstall, and the appointment of Lead Industrial Designer Jony Ive and Craig Federighi, many analysts and reporters surmised that major changes were coming — and boy did they!

Once Ive took the reigns, he immediately gutted all the skeuomorphism left over from the Scott Forstall era — it was scrubbed clean in favor of a simpler, brighter, and flatter design.

What users saw were different looking icons, a tweaked notification section, and a new Control Center that is tucked away at the bottom of the screen. iPhone customers finally received the major changes they’ve looked for-for years. 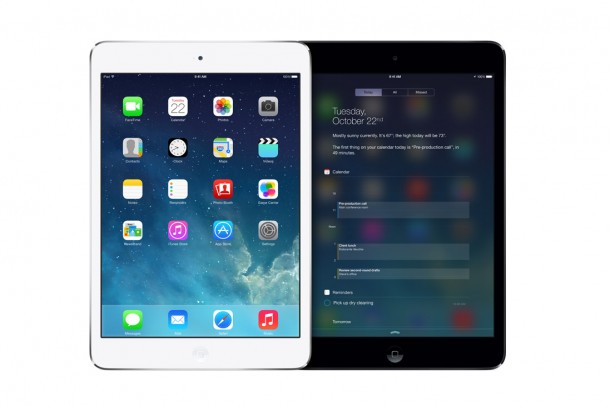 The iPad mini Retina was the tablet Apple iPad customers had wanted all along when the first generation slate hit in 2012. This year’s model packed the 7.9 inch 2,048 x 1,536 pixel retina display, making it as drool-worthy as its 9.7 brother. However, this “feature” people wanted to see so badly came with a $70 premium, as the mini Retina launched at the retail price of $399, compared to the $329 cost seen on the earlier model.

Besides that, the mini Retina houses some powerful chips on the inside, rocking an A7 64-Bit processor, the same one that is packed into the iPhone 5S. 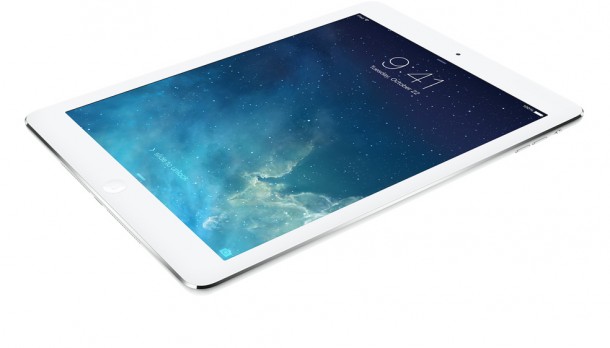 What Apple did with the iPad Air was make its usual subtle changes that separates it from its predecessor. The Air took the same design cues found on the iPad mini, as it literally resembles the mini but is larger with the 9.7 inch screen. Both the mini Retina and iPad Air carry the same A7, M7 and 64-bit processors found first in the flagship iPhone 5S.

Needless to say, the iPad Air is by far the best of it’s family. 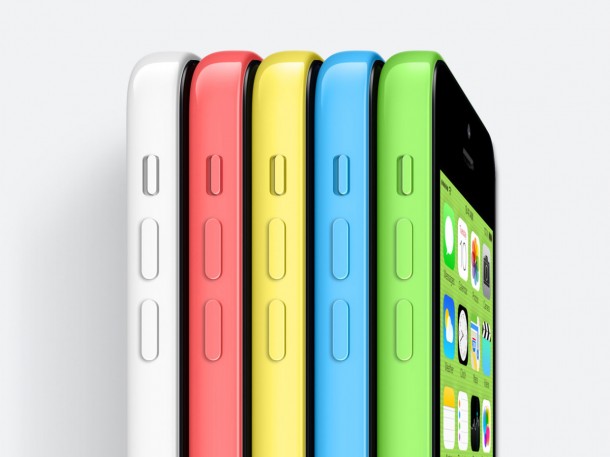 Do you love the iPhone, but wish it were cheaper?  Do you love multiple color options? Apple finally gave you what you wanted… Well, sort of. The tech giant delivered on giving its customers many color options to choose from for the first time, with green, blue, red, yellow, and white. Apple simply put a colorful polycarbonate back on the iPhone 5, extended the battery a bit, gave it a better camera, and renamed it the iPhone 5C.

Although the company delivered on colors, it didn’t on price as the “cheaper” iPhone sold for higher than what most analysts expected. The iPhone 5C’s 16GB model sold for $549 off-contract, which is pretty expensive given the fact that it’s essentially a revamped iPhone 5, and just might be the reason Apple has long been rumored to have cut production in half.

In my review of the iPhone 5S, I agreed with Apple that it’s the “most forward-thinking iPhone yet.” Apple pushed the envelope like it always does with its flagship handset; this time it added a new A7 processor and M7 coprocessor for first in industry 64-bit support. In addition to those power enhancements users got a nice treat with Apple’s new Touch ID fingerprint scanner feature.

Users got to choose between three colors: Silver White, Space Grey, and the brand new Gold White, or what we industry folks like to call “champagne-ya.”

What we can expect from Apple in 2014 is the same kind of consistency we’ve gotten so used to. However, game changing revisions to the company’s product line will have to surface in 2014. Apple can no longer play it safe with Samsung nipping at its heels.

2014 should also bring a different industrial design for the first time since the iPhone 3GS, which is exciting in itself. We’re not sure what tricks Apple has in store for us, but we do know that with Apple we should always expect the unexpected.

Someone on eBay just sold what supposedly is being called one of the original iPhone prototypes. The supremely rare device...