The all too short tale of the Dreamcast is one with many brilliant points of light. Sega’s final console, doomed as it was, had an incredible line-up of games. Shenmue was possibly the brightest of those lights, an RPG set in late-80’s Japan with realistic martial arts combat. Now it looks like the game’s protagonist Ryo Hazuki is going to be the latest DLC addition to Sonic & Sega All Stars Racing Transformed!

Sorry Sega freaks, Shenmue 3 this is not. Like many of you my heart caught in my throat when I first saw Ryo pop up in my Facebook feed. However all signs are pointing to  Ryo’s addition to Sega’s Mariokart-esque racing franchise. Sega began teasing images of him last week riding on all kinds of classic Sega arcade vehicles, such as an Outrun cabinet on wheels.

There’s a glimmer of hope though, Sega fangirls and boys, the license plate on the Outrun box says “SHEN3”. It isn’t much to go off of, and Sega has strung fans along for 12 years already. But Sega has been releasing HD versions of its Dreamcast classics on modern consoles so anything can happen.

Shenmue’s sales under performed for its humongous budget. But the game has taken on a cult status and there are legions of Sega fans hungry for more. As huge as the game was, it was only the first of  a trilogy. The second never made it to North American Dreamcasts, as the system had already been discontinued. Shenmue II was eventually released for the Xbox and the third installment was never made. It’s a cliffhanger that’s been left unfinished for 12 years.

So here’s hoping that Sega hasn’t just dusted off Ryo momentarily! We can dream can’t we? 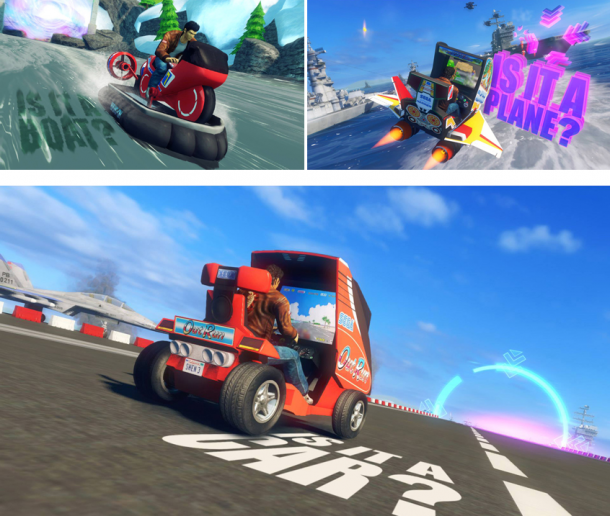 Year in Review 2013: Samsung Dominates Android Market and Challenges Apple for Another Year

It was another great year for Samsung. The Korean electronics giant maintained its tight grip on the Android smartphone market,...