It was another great year for Samsung. The Korean electronics giant maintained its tight grip on the Android smartphone market, increased its sales of tablets and other devices, and continued to make inroads against Apple. Samsung began the year strongly with the hype around the Galaxy S4, and it’s closing the year with the rumor mill churning about the Galaxy S5. In between that time, the mega success of the S4, along with Samsung’s whole line of devices, has filled the company’s coffers with cash and cemented its place as a premier mobile hardware manufacturer. The company had a few flops here and there, and suffered from a protracted legal battle with Applethat ended in big fines. But nothing could really hold Sammy back in 2013. Lets take a look back, shall we?

Without question the big Samsung story of 2013 was its flagship, the Galaxy S4. No other Android powered smartphone could compete with the venerable Galaxy line’s 4th iteration, though many tried. The S4, and its variants such as the Galaxy S 4 Active and Mini, ruled the year selling well over 40 Million devices. Samsung apparently was disappointed with those numbers, but the lake of money the company higher-ups are swimming in must feel pretty good regardless. The device’s specs might be showing their age now. But way back in April, the blazing quad-core processor, 5-inch full HD screen, 13-megapixel camera, and huge selection of Samsung-exclusive software extras made the Galaxy S4 an absolute must-have. When the S4 came out, it stole the sheen from the iPhone 5 and it made older Android phones look like junk. Many other manufacturers put their best up against the Galaxy S4, but none could unseat the titan. The first challenger was the HTC One, a phone many argued was the better of the two. HTC’s flagship released a bit earlier and was in direct competition with Samsung’s baby. But HTC’s beautiful aluminum unibody device never stood a chance against the familiar plastic-backed, round-edged rectangle that is the GS4. The thing sold itself (that’s not to say Samsung didn’t drop a chunk of change on clever ads for the device). Other flagships have fallen by the wayside too, Sony’s Xperia Z1 for example. Most recently the excellent LG G2 has struggled with sales while GS4s are still moving. No Android phone defined 2013 more than the Samsung Galaxy S4. 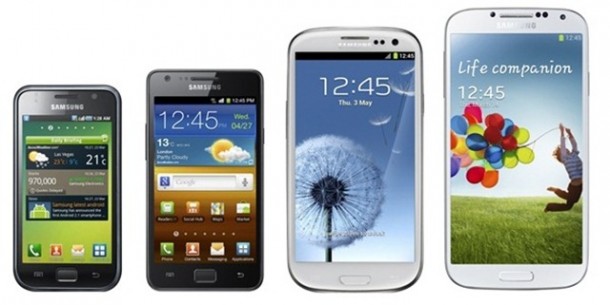 Galaxy Devices Mostly Stay the Same – With a Few Surprises

Since the original Galaxy S, Samsung has refined the formula bit by bit, releasing a new Galaxy phone each year that improves on but never breaks the mold. It’s a sound business practice, as the Galaxy line of Android smartphones have grown in popularity year after year, and achieved the kind of name recognition that used to only come with Apple products. That line encompasses a whole suite of gadgets at this point, most of which got a refresh similar to the Galaxy S4 in 2013. By that I mean, nothing much changed, just a straight-forward upgrade. Samsung’s answer to the iPad, it’s Android-powered Galaxy Tab 3 kept the same form-factor and look of its predecessor with boosts under the hood. You could say the same for the Galaxy Note 3, Samsung’s stylus-enabled phablet. There’s certainly nothing wrong with sticking to what works, and Samsung needn’t take risks when its products continue to sell so well. But it didn’t feel like a lot of innovation was happening this on the hardware side from Sammy, at least when it came to its core products. New product lines, however, were a different story! Samsung dropped some oddballs this year too. While its GS4 maintained all its well-known plasticky goodness, its cousin the Galaxy Round sported a curved screen and leatherized back when it emerged from out of the blue. Samsung also debuted its Galaxy Gear Smartwatch this year, proving it was willing to move into uncharted territory. In 2013 Samsung exhibited caution around its established brands, but a willingness to take risks on starting new ones. 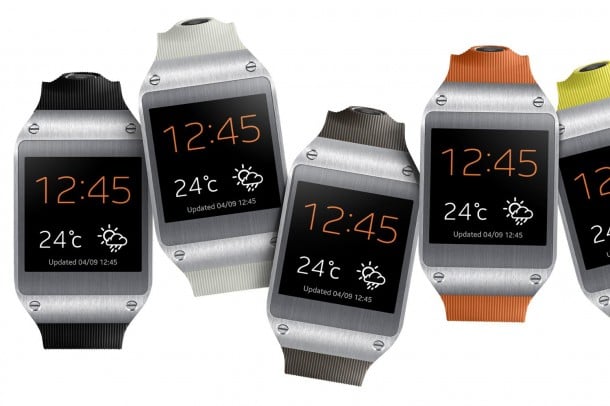 Samsung Battles Apple, in Court and at Retail

Samsung’s Galaxy line was always meant to compete with the iPhone. From the first, Galaxy S phones featured luxuriously large, high-resolution screens and powerful hardware to drive them. In 2012, the Galaxy S III hit the right combination and gave Apple a run for its money. The GS4 kept the ball rolling, setting up Samsung as Apple’s main competitor going forward. But it wasn’t only Samsung’s flagship smartphone that sought to move into a market previously dominated by Apple, it was its whole line of mobile devices, its marketing, and even its retail presence. Samsung’s gear is slick, easy to use, powerful, and loaded up with exclusives. Sound familiar? Sammy isn’t copying Apple directly, and definitely has a different hardware ideal, but it’s taken a page from Cupertino’s book and it shows.  Samsung’s devices run Android but are loaded with a proprietary Samsung version, and tons of proprietary software. It’s not anywhere near the level of Apple at this point, but it’s aiming for the same kind of brand loyalty. Even Samsung’s retail experience is trying to move into the space dominated by Apple, with slick Samsung “stores” popping up in Best Buys. The latest in Samsung gear is on display, and you can get outfitted with it all quickly (like an Apple Store). This is all happening as Apple’s longstanding legal claim against Samsung finally found a verdict this year. The courts ruled that Samsung did in fact infringe on Apple’s iPhone patents for things that have become universal such as pinch-to-zoom, and other design elements. Samsung could pay nearly a billion to Apple in the end (of course it’s still being appealed and contested, in US and Korean courts), so the company had better sell a lot of Galaxy S5s! 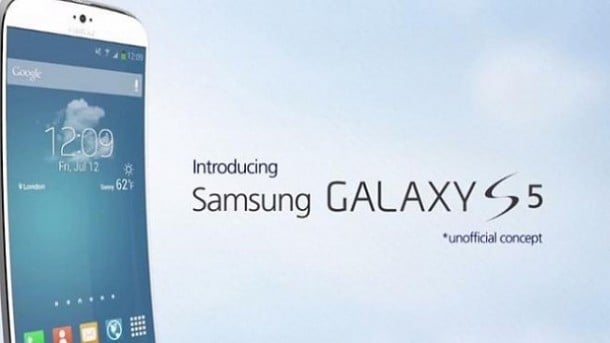 Samsung’s already got a hot ticket item lined up for 2015 in the Galaxy S5. The next Galaxy S phone is rumored to finally ditch the plastic case for an aluminum unibody design, and the hardware that speculators are whispering about sounds sufficiently burly. The GS5, more likely than not, will do it all over again for Samsung and keep the Galaxy name at the forefront of the smartphone discussion. Samsung is looking further into the future though, and its R&D teams are hard at work on technologies that will wow us someday. Brain control, crazy long battery life, rollout screens, all these things could be coming. For an idea of

Year In Review 2013: HTC Proves There Can Be Only One

The HTC One was clearly one of the most popular smartphones of 2013, but it didn't come easy for the...