Fancy yourself a Steam Machine but wish it offered a little something extra? Well, the Digital Storm Bolt II does just that, but instead of a little extra, you get a lot. The Bolt 2 isn’t just a Steam Machine, but a PC as well, giving you some dual-booting goodness.

The Bolt II dual-boots both Windows and Steam OS, allowing you to save some space in your gaming room. What you won’t save is money, though. With a $1899 starting price, the Bolt II is definitely on the pricier side, but it’s definitely intriguing nonetheless. The Bolt II will be offered up in four different configurations that can be customized to your liking. 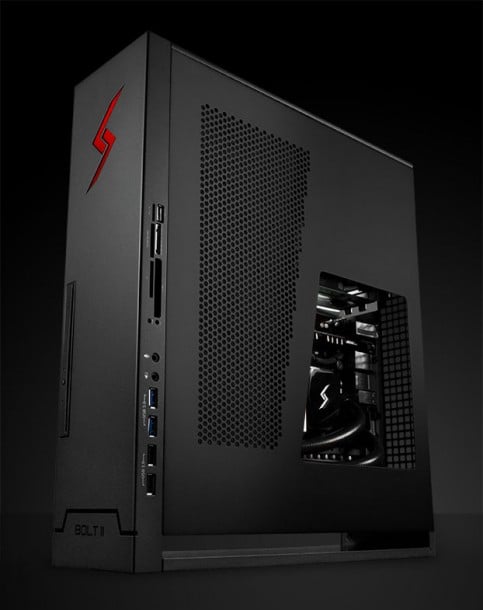 The Bolt II definitely isn’t without competition. It was recently announced that the following 12 PC makers will be making their very own Steam Machine announcements during CES this week.

With a handful of companies expected to announce Steam Machines, the Bolt II’s dual-booting powers may give it an edge. Still, with its rather high starting price point, it may take a while to move a healthy amount of units.

The Digital Storm Bolt II is set to launch later this month and stay tuned for more on this and many other Steam Machines as CES continues!

Possibly the most interesting handset announced during all of 2013, the LG G Flex is making a splash at CES...