BLU Products is joining the “Mini ride,” having launched such (Mini) version of its Life Pure smartphone. The new device is a solid mid-ranger with specs that include a 4.5-inch 720p HD screen, MediaTek’s quad-core chip clocked at 1.5GHz, and unfortunately only 1GB of RAM. In addition, the Life Pure Mini also packs an 8-megapixel rear camera with LED flash, 2-megapixel front-facing shooter, 16GB of internal storage and 3,000mAh non-removable battery that should deliver up to 35 hours of average usage.

However, what makes this phone look really cool is the fact that it’s made from a single piece of polycarbonate using the CNC technology. This in turn makes the phone more solid and harder to break.

Size wise, the Blu Life Pure Mini measures 130 x 64.4 x 8.9 mm and has a weight of some 149 grams. It runs Android 4.2 Jelly Bean and is selling for $249 sans any strings attached. Users can choose between matte black or polished white versions, both of which looks rather sexy… Or so we think; what do you say? 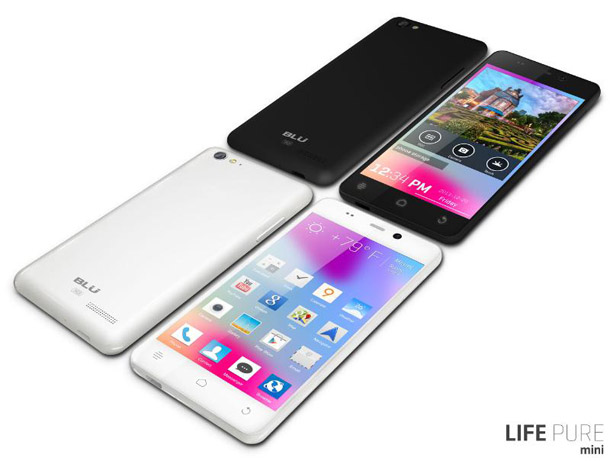 Although Huawei was one of the companies committing to Mozilla's mobile OS, we still wait to see a single Firefox...