Oppo is gearing towards launching the Find 7 on March 19th. Meanwhile, we got the image above which apparently shows the upcoming phone’s back. Yup, that’s the purple version but we’re certain the Find 7 will also be available in some other color.

In related news, Oppo’s upcoming flagship has been caught at AnTuTu benchmarks, which reveal us that this monster-phone will be available in two different variants. One model will have a now-standard (for high-end phones) full HD (1920 x 1080) screen and Snapdragon MSM8974 quad-core processor clocked at 2.26 GHz. The other model, which will be the true flagship, rocks a QHD display with resolution of 2560 x 1440 pixels, as well as the latest (and greatest) Snapdragon 800 chip – MSM8974AC. In addition, both variants come with 3GB of RAM, 16GB of internal storage while Android 4.3 Jelly Bean is running the show.

The test results suggest that the version with full HD screen is faster despite having a slightly slower CPU. It’s only obvious that all those extra pixels make computations more complex hence the AnTuTu score is lower. Still, we doubt future owners of the QHD version will notice any lag. Can’t wait to try it out. 😉

Here are the mentioned AnTuTu benchmark scores for those who like to dig through numbers: 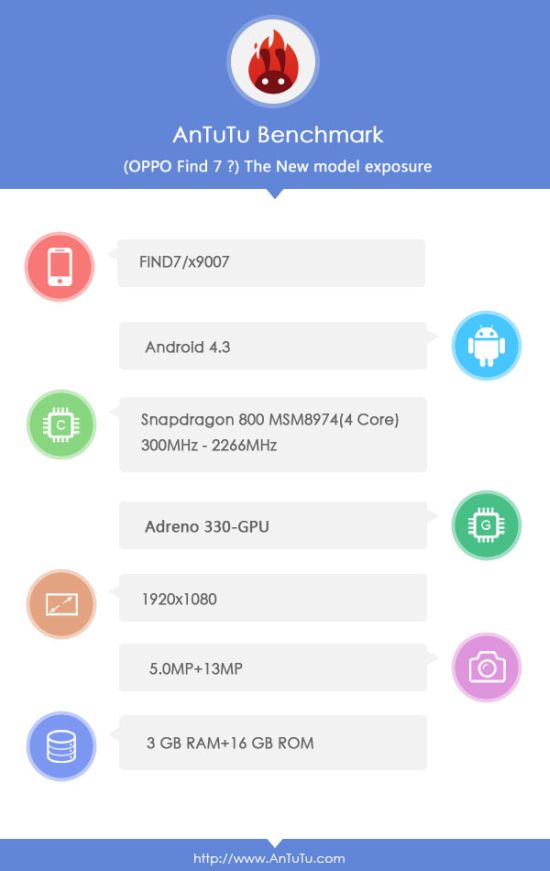 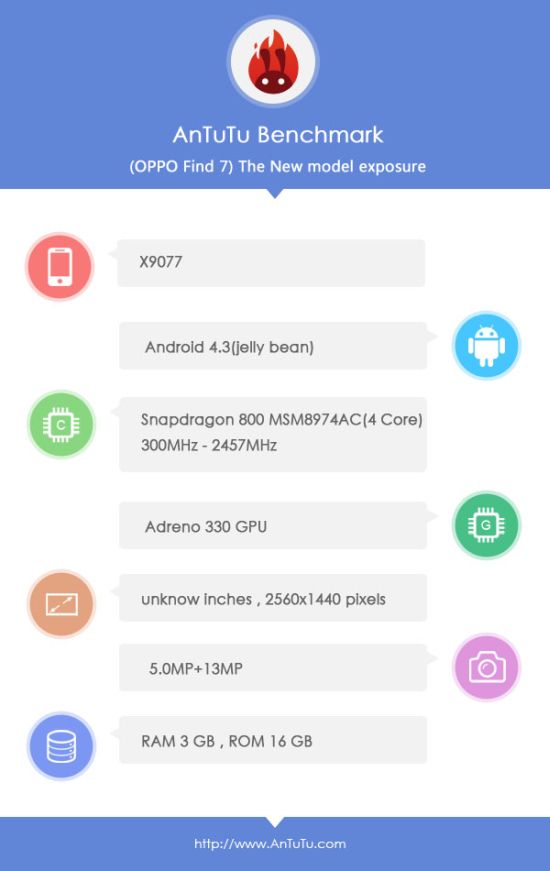 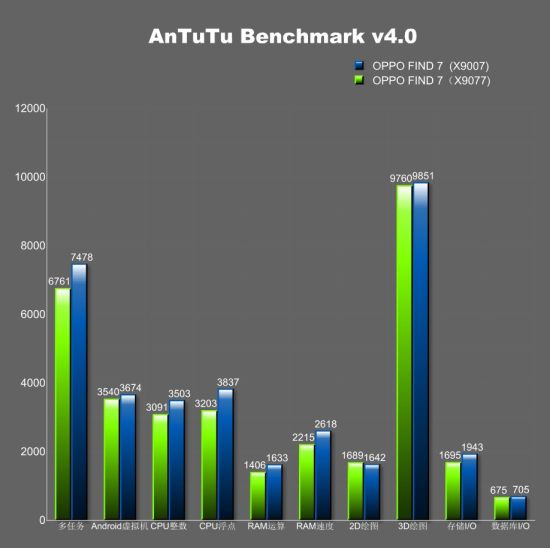 We thought Huawei will officially announce the Ascend P7 in April? Perhaps our sources were wrong, cause the press image...