The Samsung Galaxy S5 will be landing in stores across the U.S. tomorrow, changing everyone’s lives FOREVER. Ok, maybe I’m embellishing a little. But the GS5 is a beast of a phone in many regards. Taking apart and repairing the thing is one of those.

A teardown video from iFixit shows us that dismantling the GS5 is no easy task. Sure, the back panel pops off with ease, allowing us to replace the battery with just a few simple steps. But once you decide to get into the guts of the GS5, things become a little trickier.

iFixit gave the GS5 a 5 on their repairability scale, 10 being the easiest to repair and 1 being the most difficult. Why did the GS5 get a 5? Check out the list below. 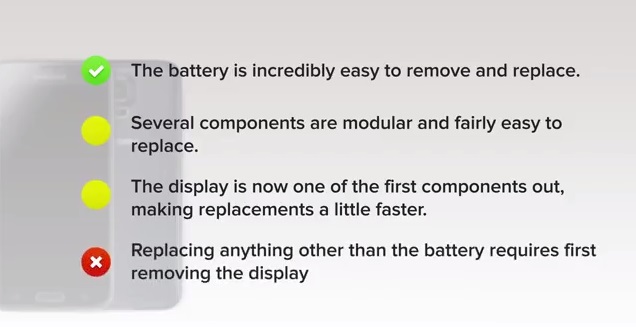 So you think you know all there is to know about your iPhone? I'm sure you're quite studious, but you...