Thanks to Digital Trends, we now have some new supposed LG G3 shots to drool at. The screenshots come via an unnamed “industry insider” and showcase a very flat, sleek and simple looking UI. While LG’s new UI isn’t a huge departure from the look of Android 4.4 KitKat, it is pretty apparent that LG has put some serious work into the design. Gone are the boxy icons and drab color schemes, replaced with circular icons and vibrant colors. Come to think of it, LG’s new UI looks a lot like iOS 7, but in a good way.

Not much is known about the LG G3 as of yet, except that it might be rocking a 2,560 x 1,440 pixel resolution screen. Today’s screenshots were delivered with a resolution of 2,560 x 1,440, which all but confirms the G3’s screen resolution.

Some other notable changes are an improved notification drawer with snazzy round icons, a favorite contacts panel, and a new service called ‘concierge’ which is LG’s personal assistant, the likes of Google Now, Cortana and Siri.

We’re waiting with bated breath for to get our grubby hands on the LG G3. We’ll keep you updated as more details trickle out. 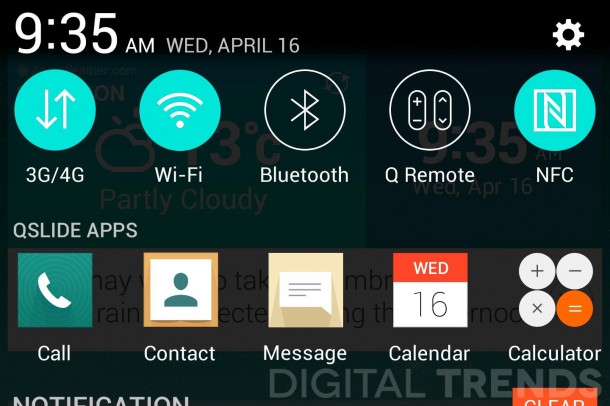 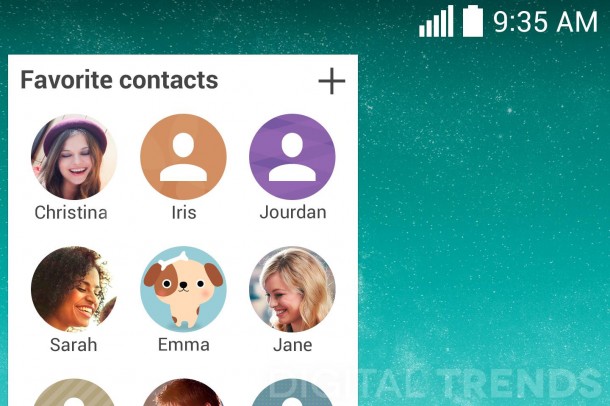 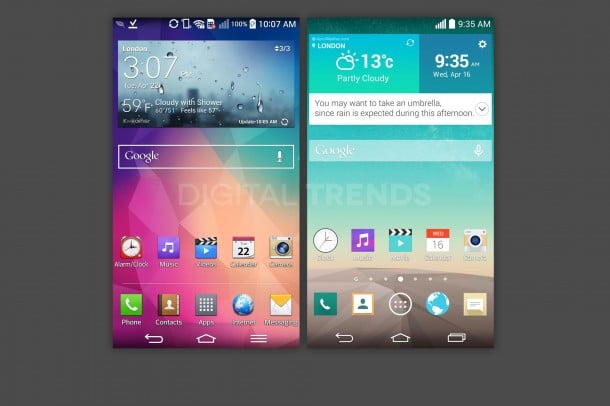 T-Mobile is offering up two affordable yet powerful Android smartphones this spring from LG which should entice even the most...