The next smartphone from Motorola is coming sooner than we all thought. According to GigaOM, Motorola has begun sending out press invites for an event to be held on May 13th. The invites mention “the next Motorola phone” and that the device will be “Made to last. Priced for all.” Makes us think a ruggedized Moto X or Moto G could be on the agenda for the press event, unless Motorola wants to go big and announce the rumored Moto X successor, the Moto X +1.

What do you think Motorola has up its sleeve? 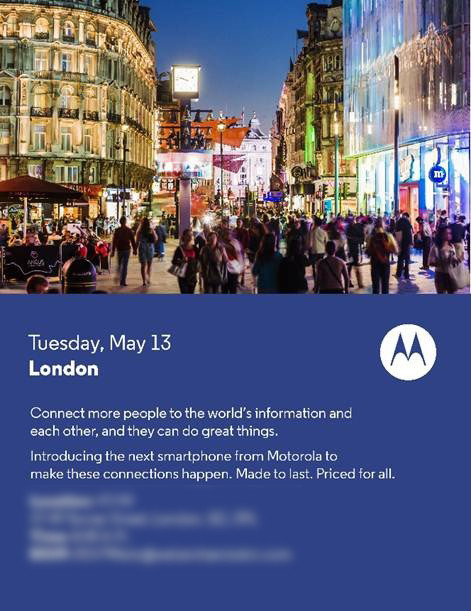 Google has just made it easier to create documents and spreadsheets on the go by releasing two standalone apps from the...