Google is now the most valuable brand in the world, according to Millward Brown’s 2014 Top BrandZ report. After three years at the top, the mighty Apple has fallen in the ranks, pushed out by the company’s most staunch competitor, Google. While the report does not cite reasons why Google rose to the top, I’d wager that it is due in part to Google’s presence in emerging markets around the globe. Apple’s handsets (even the iPhone 5C) are spendy when compared to Android handsets that can be purchased for next to nothing.

Apple may have been knocked down a notch, but the Cupertino company still posted impressive numbers, nipping at Google’s heels as #2 most valuable brand in the world. Apple’s net worth is $147.9 billion, while Google sits pretty at $158.9 billion. Apple saw a 20 percent decrease in value in 2013, while Google saw an increase of 40%.

IBM claimed the #3 spot, while Microsoft comes in at #4 on the list of most valuable brands. AT&T sits at #8, and Amazon comes in at #10.

Check out Millard Brown’s full report on the top 100 most valuable brands here, and a nifty infographic below. 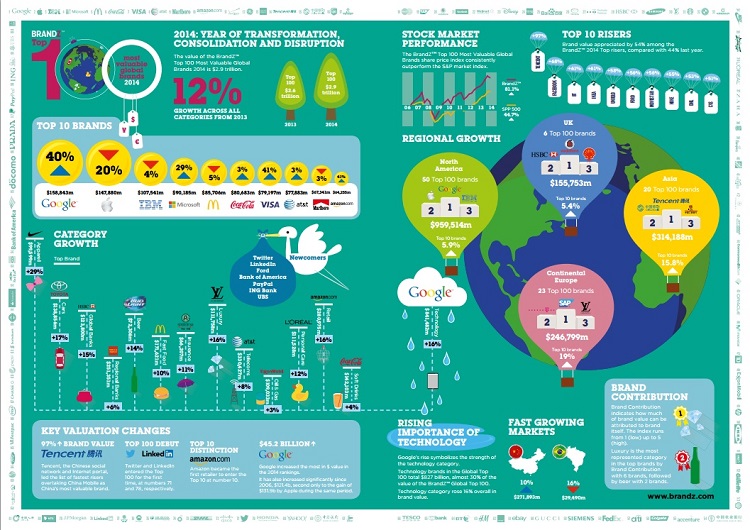 LG Optimus G Pro owners on AT&T will be receiving a sweet treat soon. AT&T has begun the OTA rollout...