Good folks from Brydge were kind enough to send me their Aluminum iPad case with speakers for a test. I’m going to spoil it for you right away – it’s amazing. You’ll want to get one of these, like right now. But let me go into details, starting with…

The first thing that comes to mind when you open the Brydge keyboard box is that this looks like Apple’s product rather than third-party accessory. Thanks to its all-aluminum design (though there’s a plastic version, as well), the keyboard fits perfectly with your iPad. It also has an island-style keys which are not only comfortable to use, but are easily better than keyboards of some expensive Ultrabooks I had a chance to try out. You’ll love typing on this thing and — once you get used to the idea of a physical keyboard connected to your tablet — you’ll never, ever want to edit a document using the virtual keyboard. 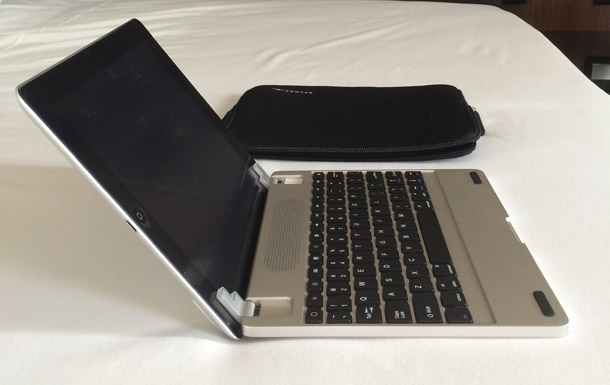 Aside from all the regular keys you would find on any laptop, the Brydge keyboard also has a row of iPad-specific keys, including those for adjusting brightness and volume, media controls, and shortcuts for Home, Photos, Search and Internet (Safari). Look at the top, and you’ll see a large oval speaker grille that will add a new depth to the music you’re playing from your iPad.

On the right side, there’s a microUSB port (used for charging) and a power switch. You can see how it all comes together from Brydge’s promo video.

Setting up the Brydge keyboard case is easy – simply slide the iPad into two metal hinges at the top, connect the two via Bluetooth settings on your iPad and you’re good to go. Actually, you’ll need to separately connect the speakers but that’s a one-off process. After the initial pairing, your keyboard (with speakers) will automatically connect to the iPad. 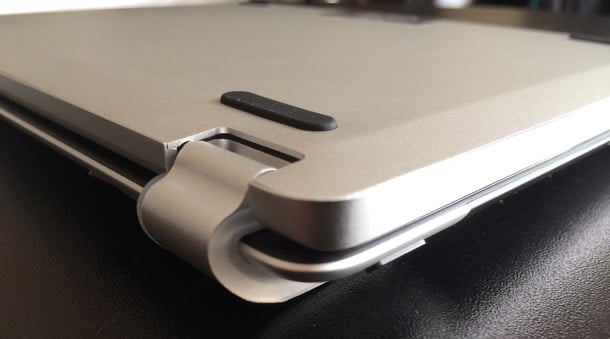 The Brydge’ keyboard we’ve got to test has a fairly large speaker that can deliver amazing sound. Compared to iPad’s built-in speakers, you’ll get much, much better sound. It’s not as great as the sound dedicated wireless speakers can produce, but it will work for most of us getting around with low-cost speakers, anyway. For one thing, the bass is very thin and higher tones are muddled. Something’s gotta give, I would assume.

The more you use speakers, the less the juice you’ll have. If you’re just using the keyboard “part,” you won’t have to charge the keyboard for months. On the other hand, if you constantly fire-up speakers – you will easily find yourself charging the keyboard every week.

For the first few days I couldn’t help but play some tunes on those speakers, but my interest quickly faded away. There’s only so much music I want to play on the iPad… Consequently, using just the keyboard afterwards made me forgot about charging. 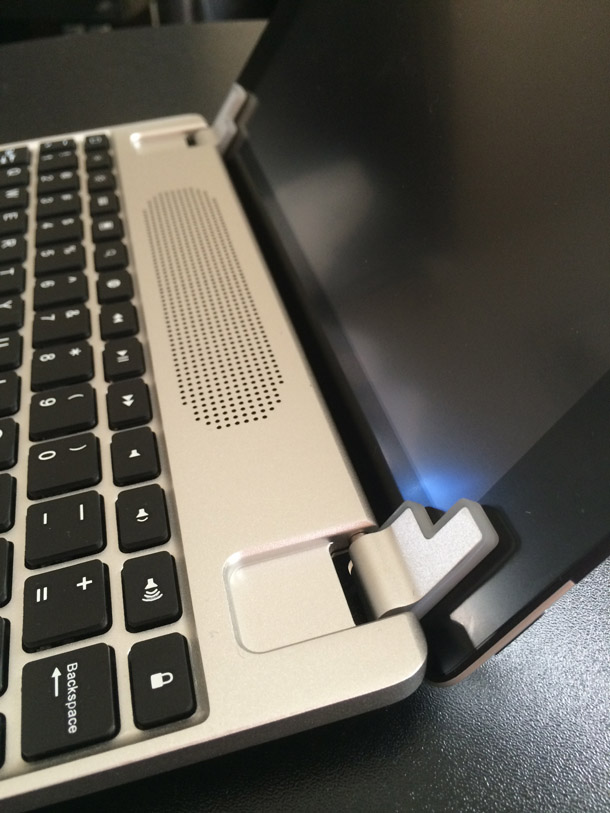 If there’s one downside of the Brydge keyboard case that would be its weight. The fancy aluminum body and rock-solid keys come with a caveat, making the keyboard weigh-in more than it should. At 18.55 ounces (1.15 pounds), the Brydge is as nearly as heavy as the 4th-generation iPad (1.44 pounds) itself. This in turn makes for a setup with a weight that is comparable to the full-blown MacBook Air and you don’t get as nearly as power (and features) as Apple’s laptop can deliver. Still, not everyone wants to carry his/her computer around at all times.

You may don’t need speakers on your iPad keyboard case? No problem – there’s the slightly cheaper model that’s made for just work and no fun. Or you want to save even more and grab the polycarbonate Brydge keyboard – such model is also available.

Whatever you decide – you won’t be wrong. Every Brydge keyboard has the same well-spaced keys that will get you the laptop-like typing experience. And that, I guess, is the point of these sort of products – to enhance your productivity while on the go. 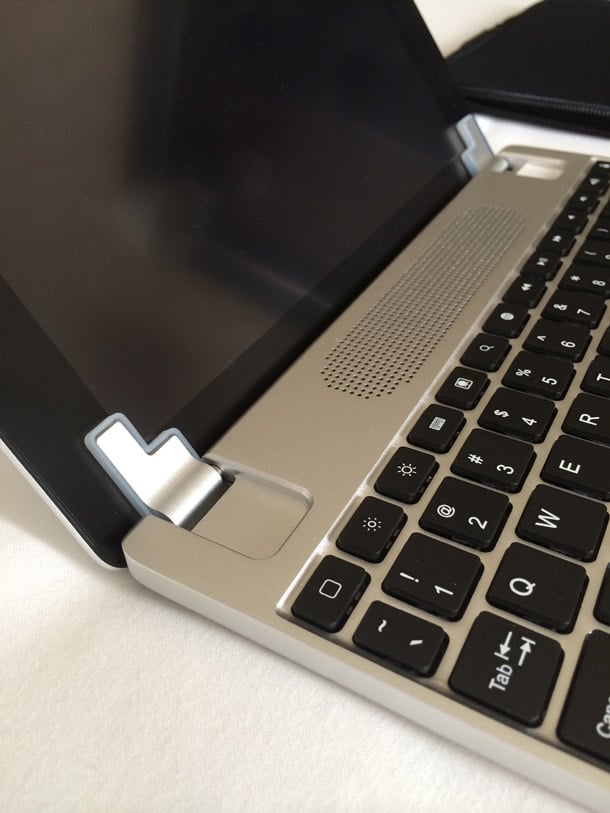 China's GEAK is preparing to launch the world's first circular smartwatch beating Motorola to the punch. The device is expected...