While many Westerns don’t like Russian president Vladimir Putin, he’s ratings have skyrocketed in Russia after the annexation of Crimea. In fact, some (wealthy) Russians may like him so much so that they would get a special version of the iPhone with his face on it.

Yes, such gold-plated iPhone 5S has been announced in the world’s largest country and it’s currently selling for no less than $4,363. That gold, rather than Putin’s face, takes most of the cost of the so called “Caviar iPhone 5S Supremo Putin” device, which BTW is described as a “presidential accessory for people of a higher range.” It’s only naturally that average Russian can’t afford buying one of these.

Product of the Italian luxury brand Caviar / Perla Penna, this iPhone (obviously) won’t be available in other parts of the world. Other than gold-plated body, it remains the same iPhone 5S that will look rather mediocre within just a few months when Apple launches the new 4.7- and 5.5-inch models. No word whether those two units will also get their “Putin treatment” though we wouldn’t be surprised if they do… 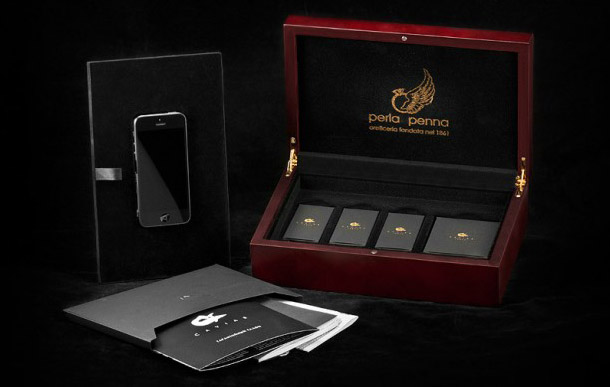