You may’ve heard that HP is mulling entrance to the smart watch market, having partnered with designer Michael Bastian and retailer called Gilt. The device is still in the concept phase and although it looks rather awesome, we can’t help but wonder whether HP has what it takes to compete in this space.

You see HP’s track-record in the mobile market is everything but stellar. In fact, the world’s most famous printer maker has pretty much managed to ruin webOS, the platform that at one point promised to rival Apple’s iOS (which at that time was known as iPhone OS). In the meantime, we’ve seen few unimpressive HP tablets, and… that’s about it.

Wearables market is a different story, though. We yet have to get a single dominant platform (or two), and there are many new companies joining-in, almost on a daily basis. Crowdfunding sites like Kickstarter and Indiegogo are full of various smart watch and smart band products, some of which manage to garner users’ interest (and money), while some others simply fail.

Again, what Michael Bastian, Gilt and Hewlett-Packard came up with looks great, but this is primarily a tech product where looks matter only to a certain extent.

From what we’ve heard — presuming this thing ever leaves the R&D labs — HP’s watch will be able to sing along both iOS and Android devices, hinting us won’t be running Android Wear but some other OS. And that’s where we come to a problem. I’ll again remind you on HP’s Palm fiasco and at this point, we doubt they can launch their own platform. Instead, they would be better off relying on some proven solution.

In any case, we like more competitors in every market, wearables included, and would love to see what HP can bring to the table… 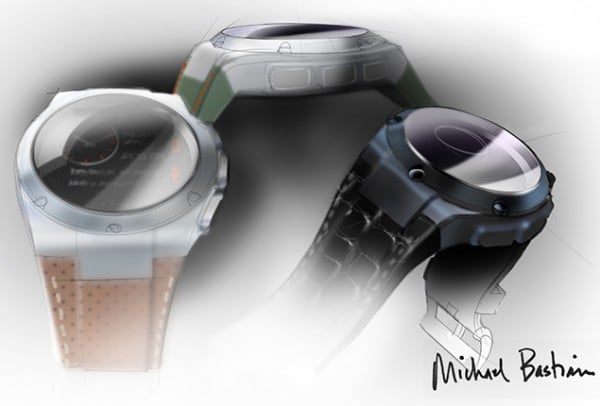 OnePlus OneWatch coming soon? Could be the sexiest smart watch to date

We'll have to file this under rumors since we haven't got the official press release, yet. Alas, the leak seams...