Whether you’re totally stoked on smartwatches or you think they are just a passing fad, one thing is for sure: we’re going to see more of the wristbound computers this year.Everyone and their grandma is jumping on the smartwatch train, and that train is set to unload at IFA in Berlin in a little over a week. Today we’ve got not one BUT TWO smartwatches to alert you to. I know, mind-blowing, right? ARE YOU READY?

You’ve probably already heard about LG’s new round G Watch, which the company teased in a video a few days ago. LG was one of the first to release an Android Wear powered smartwatch with the G Watch back in July. With the round G Watch, LG is taking on Motorola who will be launching the super-fancy Moto 360 on September 4th at an event in Chicago. It’s not quite clear what components LG is packing into the round G Watch, but that doesn’t really matter much; but what does matter is the design and price point. There’s no doubt that the Moto 360 will be a premium smartwatch, while LG’s round-faced beauty could be aimed for the regular Joe. We’ll see about that. In the meantime, check out the round G Watch below. 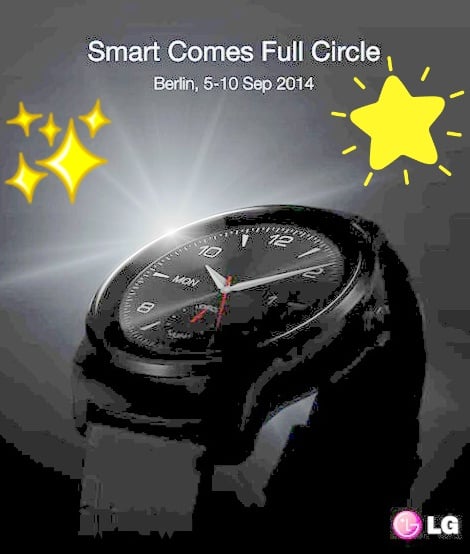 Now that LG’s out of the way, let’s get on to ASUS.

The company released a teaser trailer for the ZenWatch today. Unfortunately, the video doesn’t give us much to go on except that the wearable rocks a rectangular face with rounded edges and a pretty flashy clasp. Knowing ASUS, the ZenWatch will be an affordable Android Wear option with enough power to deliver a solid user experience.

That’s all for today, folks. What are your thoughts on smartwatches? Will they land in you pile of unused gadgets after a few months or are they here to stay? Check out the ZenWatch video below and let us know what you think.

HTC has announced the Desire 510, its very first 64-bit smartphone. It's not a powerhouse though, but a low-end smartphone...