I know you’re all up in IFA coverage, but this just came in and I’ve gotta say something about it!

T-Mobile just sent out press invites for an event in San Francisco on September 10th in which John Legere will unveil the company’s next Un-carrier move, dubbed Un-carrier 7.0. There’s no telling just what Legere and Co. will unveil at the event, but it’ll be revolutionary, for sure. Ok maybe not, not there’s bound to be some pretty good expletives from good ol’ Legere.

More than likely, Legere will boast about new devices coming to T-Mobile. most notably the Sony Xperia Z3 and quite possibly the iPhone 6, which is set to be unveiled the day before.

Expect the event to be heated: it comes with the ominous tagline, “..And this time, it’s personal.” I’m sure AT&T, Sprint and Verizon are shaking in their boots.

At any rate, expect something big (or maybe not so big) from T-Mobile next week.

Anyone care to speculate? We’d love to know you’re thoughts on what T-Mo could do next. 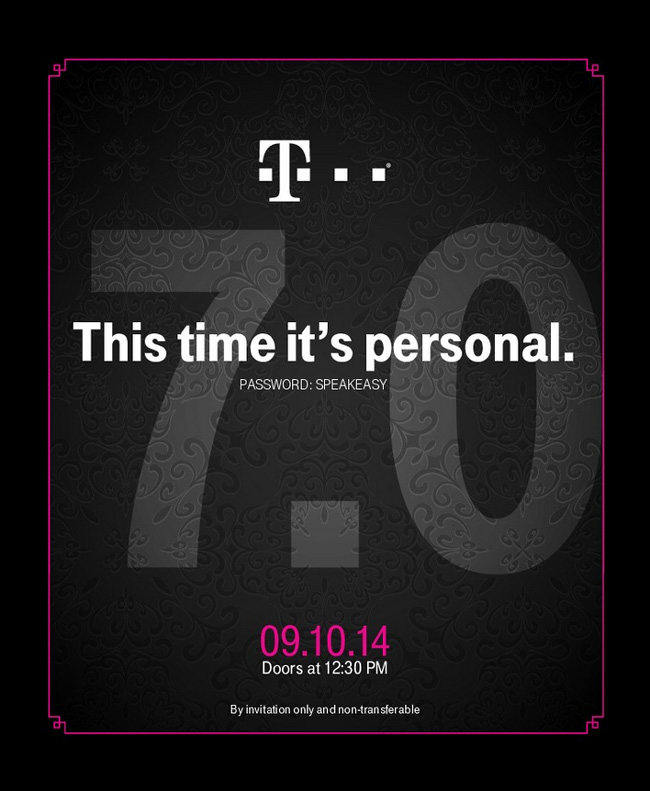 Finished with Angry Birds Star Wars II and are sick of playing Angry Birds Epic? You're in luck, as Rovio...