The Moto 360 is quite possibly the most anticipated smartwatch of all time. Touting the nascent Android Wear platform, Motorola’s round-faced wearable was subject to an incredible amount of hype and anticipation. When Motorola unveiled the device last week, the world stopped in awe for a second.

And then, hours after reviewers got their hands on their review devices, things got nasty. Cries of horrible battery life filled the Twittersphere, and a teardown of the device from iFixit revealed an ancient processor sandwiched into the flashy wearable. These are valid concerns for sure, but concerns that need to be analyzed instead of simply crying wolf.

I’ll admit, my first few days with the Moto 360 were a bit disappointing. The whole thing was new to me, so I wasn’t really sure what the device could do, and aside from a few really cool features, the device seemed a little gimmicky to me. It wasn’t until Sunday night that I fell in love with the Moto 360, after spending hours of scouring the internets for apps that are Android Wear compatible. So without adding any apps to the Moto 360, things are pretty boring with nothing but boring old Android notifications popping up on your wrist. But after you’ve found the gems, the Moto 360 becomes a must have piece of hardware.

With all of this negativity swirling around, I figured hey, let’s lighten things up a bit and have a little fun with Motorola’s round-faced marvel. Following is a list of 5 apps that showcase the prowess of the Moto 360 and that show off the real features of Android Wear. So go send your intern to grab you a latte, activate your out of office e-mail replies and get ready for some laughs.

Yes, it’s as awesome as it sounds. Waft for Android Wear turns your Moto 360 into a remote-controlled whoopee cushion. The fart sounds don’t come from the watch but rather from whatever Android device you’ve got your watch paired to. Using it is easy; just tap the screen on your watch and a random fart sound will clear the room. The longer you press on the watch, the longer and greaser the fart is. Because sometimes, life is greasy. 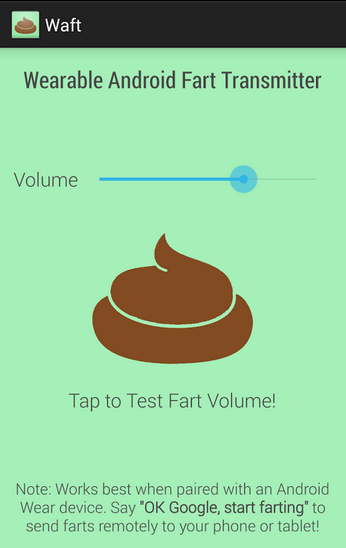 If you’re old like me, you’ll remember the simpler times when we relied on good old-fashioned technology instead of the all-knowing eye of Google. One of those relics is the Magic 8-ball, a round plastic ball that answers all of life’s burning questions. Thankfully, there’s 8Ball Wear, an app that puts the 8-ball right on your wrist for when you need it most. 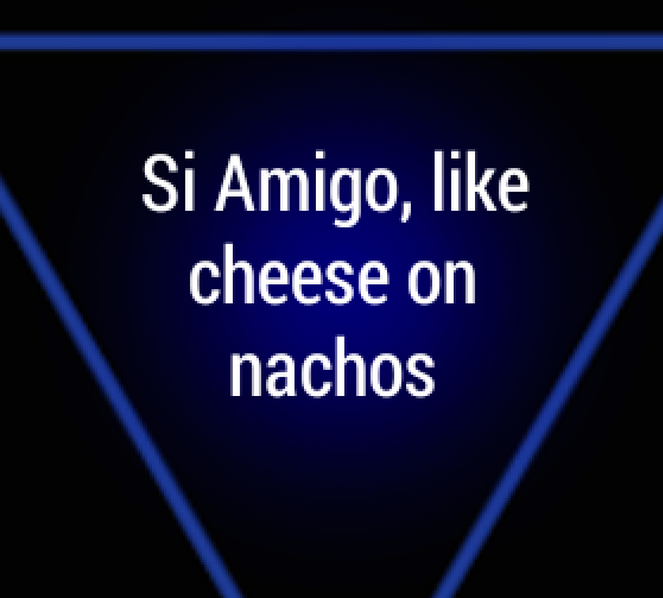 Q: Is Android Wear better than the Apple Watch?

3. Jah bless! Weed watch face is sure to put a smile on your face

Of course there’s a weed themed watch face for Android Wear! Yeah, its super silly but super fun. When the clock is on, you’ll get a nice green picture of some pretty healthy leaves with the time superimposed over it. When you’re not looking at the watch, the watch will display a black and white pot leaf on the watch face so that everyone around knows how much you love weed, in case your tie dye and huge glass bong didn’t give you away. It’s a pretty funny novelty that won’t wear off quickly, unlike that schwag you just toked on. 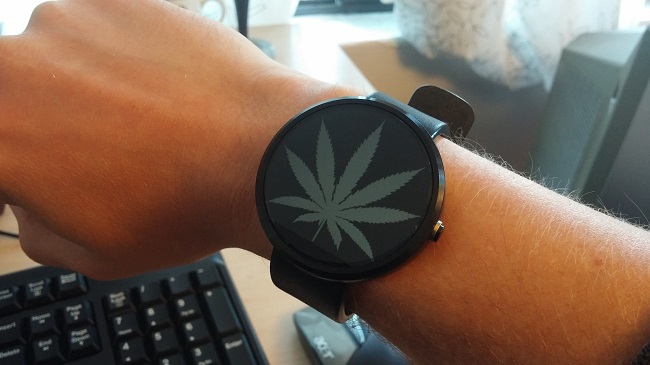 4. Goldeneye 007 goodness right on your wrist. Slappers only!

Another watch face? Don’t worry, you’re going to love this one. If you’re old, that is. The Secret Agent Watchface is the single coolest watch face I’ve come across, harnessing the magic of the Goldeneye 007 N64 game that many of us spent our high school years mastering. Weren’t around for the N64 glory days? The video below explains it all.

The watch face not only looks rad, but it’s super functional too. The right (blue) bar shows off the battery life on your smartwatch, while the left (red) bar shows the battery on your connected device. 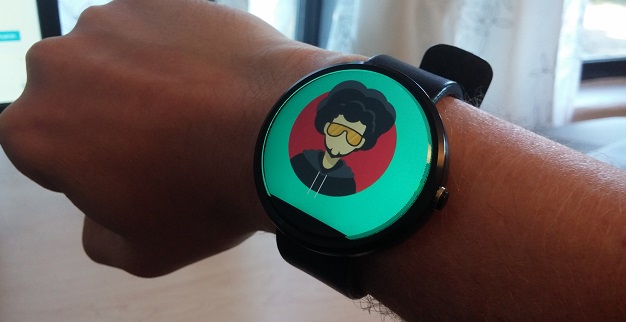 So you’re at the club, you’ve had a few bottles of Hennessy and you and your homies are feeling a little sleepy. Forget Red Bull, just blast a virtual air horn from your wrist! Tap on the icon on your smartwatch and the air horn will blow everyone out of the water. The sound doesn’t come from your wrist, though; the air horn will blast out of the speakers from the device you’ve connected.

Are you sold on Android Wear now? Good! Forget that silly Apple Watch, there’s no way that you’re going to be able to make that shiny expensive gadget fart on command.

Sometimes, life is just greasy. And greasy is what Android does best.

As part of its Uncarrier 7.0 initiative, T-Mobile has started updating all of its top phones to make them compatible...