Acer unveiled a somewhat awkward accessory just in time for the London Fashion Week. What you can see here is a pink hat made for taking that perfect selfie.

The so called Acer Selfie-Hat looks like a glittery sombrero, spins 360 degrees, and can house the Acer Iconia A-1 840 tablet.

Described as a “one-of-a-kind couture” hat, it feels like something Lady Gaga would wear… and she does. Acer said it has created outfits and dressed her, as well as Rita Ora and Leah McFall.

The hat comes as a product of co-operation with fashion designer Christian Cowan-Sanluis, who had a chance to showcase it at the earlier mentioned Fashion Week in British capital.

“Whilst slowly moving the screen from left to right, not only does the selfie sombrero help the user finding their best angle, but also how to understand lighting, how various expressions can change your face and ultimately create the perfect social media moment,” Acer noted in a press release.

Although the Acer Selfie-Hat looks like an interesting gift, it’s not widely available. In fact, those looking to even try it out will have to make an appointment with Acer. Price is also unknown and as far as we (don’t) know, this thing may never hit regular stores. Not that we necessarily need such pink hat. 😉 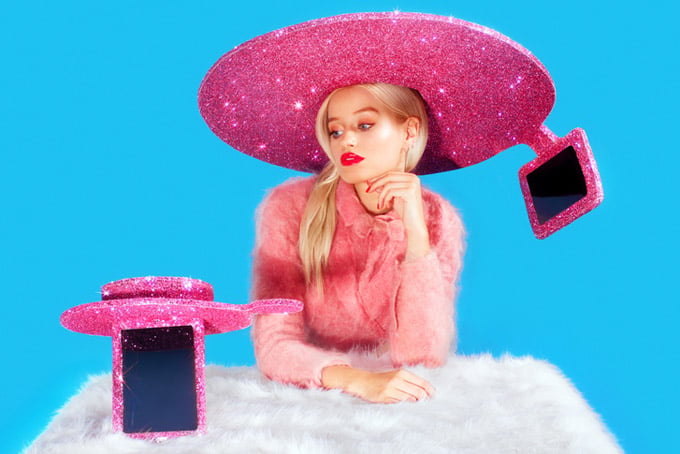 Samsung wants its devices to be synonymous with fancy things. So they've already teamed-up with Swarovski over a special version...