Microsoft announced Windows 10. Not Windows 9, but 10. And it’s a major release, one that will make Windows 8 look like a beta product, which in a way – it is. It’s been referenced to the “new Vista” by many folks around the Web, myself included.

The upcoming Windows will be the platform we’ve been waiting for. One that will work across platforms and form factors, from wearables and mobile phones to desktop computers. Users get one interface that adopts to the screen size and one app store from where they’ll be able to purchase different kinds of Windows apps. Those made just for mobile — that are window-ed on the big screen — as well as universal Windows apps that automatically adjust the screen size, and feature set depending on the device they’re running on. This capability Microsoft calls Continuum.

Once in the desktop/PC mode, users get the good ol’ Start Menu with few references to the Metro UI. Touch-based apps change for this mode to allow input with mouse.

Multi-tasking is also improved with support for multiple “virtual desktops,” like some Linux distributions support. One of the cool features here is Snap Assist that allows users to snap together apps running in separate desktops.

On 2-in-1 devices, users will get to choose between tablet and PC modes. Once the keyboard is docked, the desktop mode will automatically start, and once the table is undocked, Windows will ask users to switch to the touch-based mode.

The Windows 10 Technical Preview is now available for download, though this release primarily targets developers. The official version you and I will use won’t be out before the middle of 2015. And yes, we hope it to be released alongside some innovative devices, such as the next-generation PadFone that will this time round also include the keyboard dock. Can’t wait! 🙂 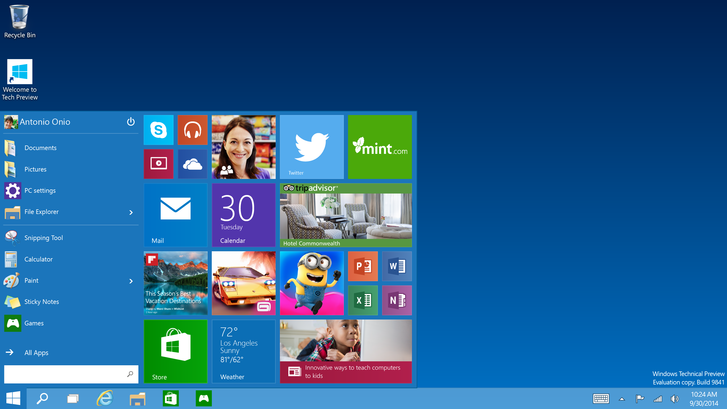 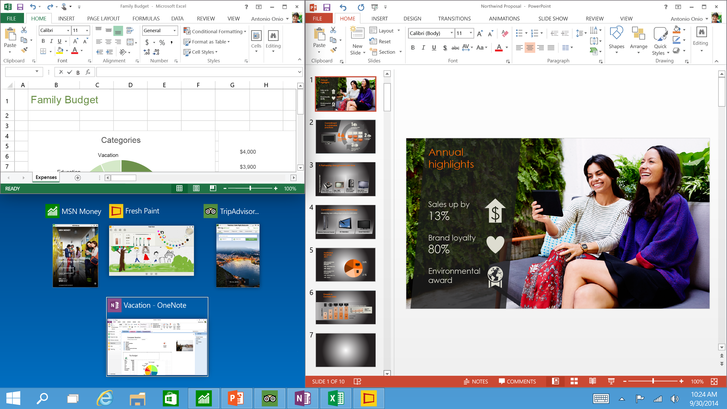 Last week Microsoft CEO Satya Nadella met with its Xiaomi colleague Lei Jun prompting an avalanche of rumors that the...