LG makes some of the flashiest Android devices out there, but the G Pad isn’t one of them. That’s not to say that the 10 inch tablet is ugly, but the soft-plastic shell design makes the G Pad look like every other mid-range Android tablet out there. The LG G Pad 10.1 is a pretty standard Android tablet with a few bells and whistles that make LG’s very normal tablet to stand out from the crowd. It’s no G3, and the price reflects that. If you’re looking for impressive LG design, look elsewhere. But if you’re looking for a non-obtrusive, affordable and capable no-frills tablet, you’re going to want to check this one out. 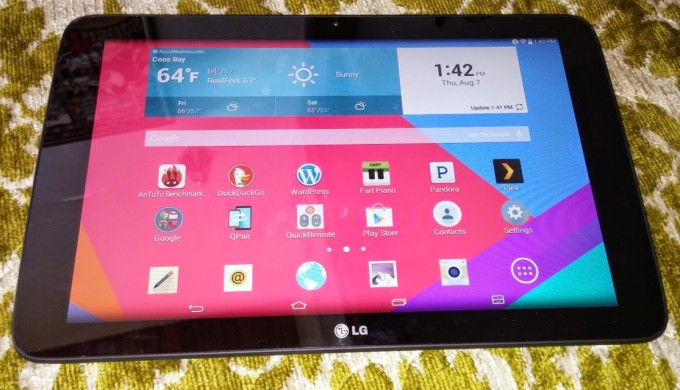 First thing you’ll notice about the G Pad 10.1 is the screen. It’s bright, sometimes obnoxiously so, and pixels bleed into each other from time to time causing an almost blurry look. This blur is mostly noticeable on the lock and home screens when brightly colored images are displayed in the background. For most everything else, the display is useable, and after a while you won’t even notice the bit of blur. If bezels bug you, you’re not going to like the G Pad. While the bezels become less noticeable over time, they are very prominent. 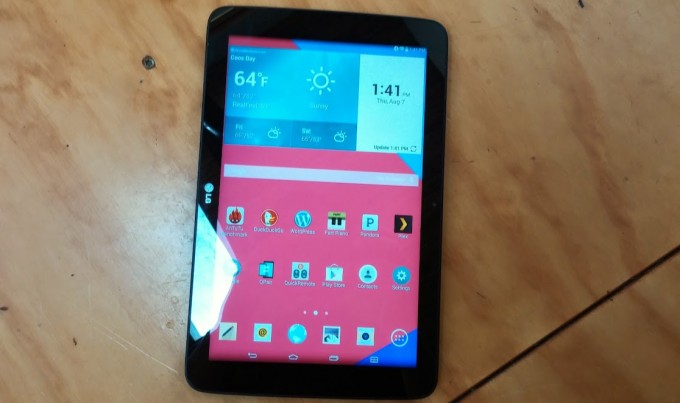 The tablet rocks a 1.2GHz Qualcomm Snapdragon 400 SoC, 1GB of RAM, and a 8,000mAh battery. A 1.3MP selfie snapper takes up the front of the device, while a modest 5MP camera takes up the rear. The G Pad features a 8,000mAh battery which performs beautifully. You won’t have to worry about plugging the tablet in often, or picking it up to find it with no charge. LG has clearly made some improvements here, allowing the G Pad to sip power while it is inactive. 16GB of storage comes standard, with the option to expand physical memory via microSD card if need be. The stereo speakers won’t rock your world, but are passable for listening to audio from a Netflix movie or funny YouTube video.

The G Pad runs on Android 4.4.2 and delivers all of LG’s best software and UI features on the mid-range device. The new-ish Optimus UI makes the tablet clean and simple to operate. LG did a great job of taking the UI from the beefy LG G3 and porting it to a less extreme device. The Optimus UI and LG’s added apps are really what make the G Pad stand out from other 10 inch Android tablets of the same design.

As for LG software there’s Knock On, Knock Code, QSlide and QPair. I usually hate manufacturer software, but LG gets a pass in my book. Knock On is one of my favorite smartphone features ever, and QSlide functions amazingly with so much screen real estate. Using QSlide on smaller screens is a bit obnoxious, but on the 10.1 inch screen its a great tool for any multitasker’s toolbox. QPair lets you get notifications from your LG smartphone on the tablet, and Knock Code is a secure way to unlock your device with a few taps. 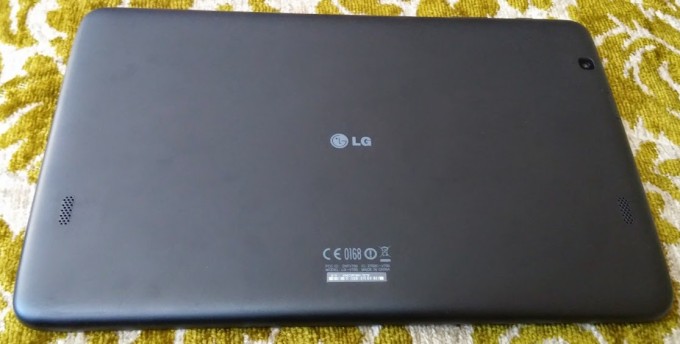 If you’re holding the tablet hamburger style, you’ll find the power and volume buttons on the top left hand side and an IR transmitter in the middle. The left edge is where you’ll find the 3.5mm headphone jack, microUSB card slot and microUSB charging port. The tiny stereo speakers sit opposite each other on the G Pad’s backside. 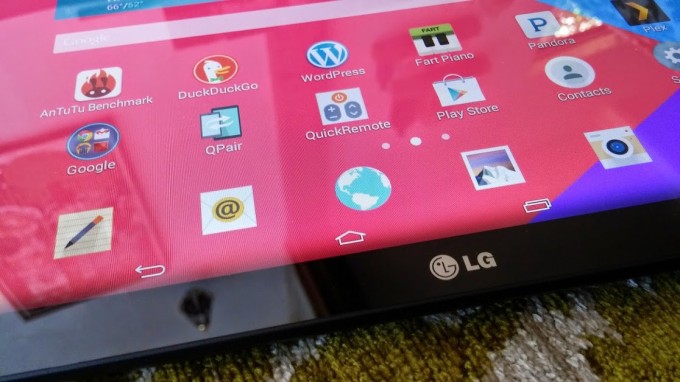 Simply put, for $249 the G Pad is a great value, delivering a solid user experience in a slightly underwhelming physical package. If you’re looking for an Android tablet that is a little modest and won’t break the bank, the LG G Pad is the guy for you.

The 2013 Moto G with LTE has landed on AT&T today, giving subscribers the option to grab a decent phone...