The Nokia Lumia 830 is coming to AT&T on November 7th for just $99 with a new two-year contract. The device can also be purchased for $449.99 off-contract, $18.75 a month for 18 months or $22.50 a month for 12 months. Customers who purchase the Lumia 830 from AT&T will also receive a free Fitbit Flex sleep and activity tracker for a limited time.

The Lumia 830 touts a 5 inch HD display, a 2,200mAh battery, Qi wireless charging, a 10MP PureView camera, a 1.2GHz quad-core processor and runs on Windows Phone 8.1. Microsoft’s Cortana is on board and will be able to pull data from the Fitbit Flex tracker via voice commands. 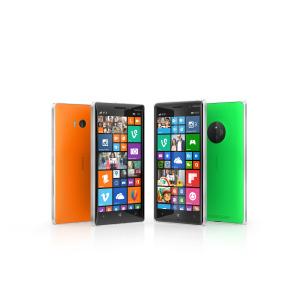 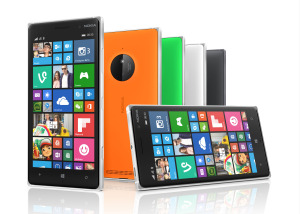 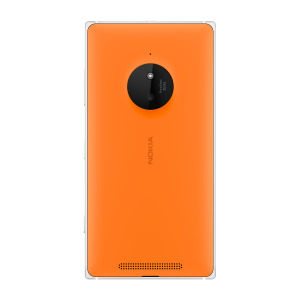 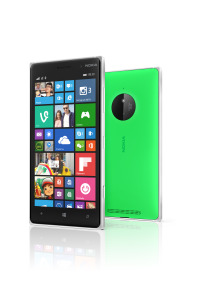 AT&T First to Bring Nokia Lumia 830 to the U.S.; Get the Thinnest Lumia Smartphone to Date with Free Fitbit Flex

AT&T customers will be the first in the U.S. to experience the brand new Nokia Lumia 830, powered by the latest version of Windows Phone 8.1.

For a limited time, while supplies last, when you purchase a Nokia Lumia 830 you will get a free Fitbit Flex, a $99.99 value. The Fitbit Flex is an activity and sleep-tracking wristband that tracks steps taken, distance traveled, calories burned, active minutes and sleep, helping you to achieve your fitness goals.5 You can wirelessly sync and view your data with the top downloaded Fitbit app, available for free from the Windows Phone Store.

AT&T currently offers the largest and most advanced portfolio of Windows Phone 8.1 devices – all connected to the nation’s most reliable 4G LTE network,6 covering more than 300 million Americans.

The Lumia 830 has an attractive design blending metal and polycarbonate that feels slim and sleek in your hand. Built for a life on-the-go, the smartphone takes outstanding pictures with the 10 MP PureView™ camera and allows you to enjoy your favorite Windows experiences, including Xbox, Skype, Office and Bing. You can also sync your digital life with OneDrive, while sharing special moments on your favorite social media networks and enjoy popular Windows Phone apps.

Want to add a little personality to your device? Cortana, available on Windows Phone 8.1, is the only smartphone assistant who learns your interests and can set reminders by people, in addition to time or location.8 Plus, with Fitbit you can tap into a custom Cortana experience inside the Fitbit app to make tracking faster and easier. By speaking to Cortana, you can quickly log any of the 350,000 foods in the Fitbit database by saying things like, “Fitbit, I ate lasagne for dinner,” or “Fitbit, I had coffee with breakfast.” You can also create silent alarms for Fitbit trackers and, coming soon, you’ll be able to use Cortana to log activities.

The Lumia 830 also includes key features such as:

Display –A 5-inch High Definition display delivers crisp, sharp images.
Design: The Lumia 830 is the thinnest Lumia smartphone to date. A device that is equally as stylish as it is convenient; the Lumia 830 is perfect for your life on-the-go.
Storage – The Lumia 830 comes with a spacious 16 GB of on-board storage (portion of memory occupied by existing content), with the option to expand it by up to 128 GB via MicroSD card slot.
Battery Life – A 2200mAh Lithium Ion battery allows you to chat longer with your friends and family for up to 11 hours or keep it in standby mode for up to 22 days before you need to charge it again.9
Wireless Charging – Conveniently charge your Lumia 830 supports with built-in PMA (Power Matters Alliance) wireless charging (chargers sold separately).
Microsoft Office – Microsoft Office super users will feel right at home with the Lumia 830’s suite of Microsoft Office mobile apps. You can view and edit your Word, Excel, and PowerPoint files on the move without losing important formatting when you switch from your laptop to your smartphone.
For more information on the Lumia 830 visit: att.com/Lumia830 or watch this video. For more information on Windows Phone 8.1, check out this Mobile Minute.