There’s no doubt that Sony’s Xperia line of Android smartphones is well-known and loved, and the newest addition to that line, the Xperia Z3, is sure to turn some heads as well. Touting a waterproof design, high-performance processor and a 20MP camera, the Z3 is sure to strike the fancy of those who have never seen a Sony device before. Rocking a 5.2 inch screen and glass slabs on the front and back, the Z3 screams style in a sea of nondescript Android smartphones. We’ve got our hands on the Verizon variant of the Z3 which – you guessed it – is just a wee bit different from the Z3 available from T-Mobile. The Z3v as it’s known (I’ll leave you to guess what the ‘v’ stands for) has a slightly bigger battery than the standard Z3 and features soft plastic bumpers in lieu of the standard Z3’s polished aluminum frame. It also includes Qi wireless charging which is a nice addition for sure.

The Xperia Z3 is a nice upgrade, but is it enough of one to prompt you to shell out some serious cash? Read on to find out. 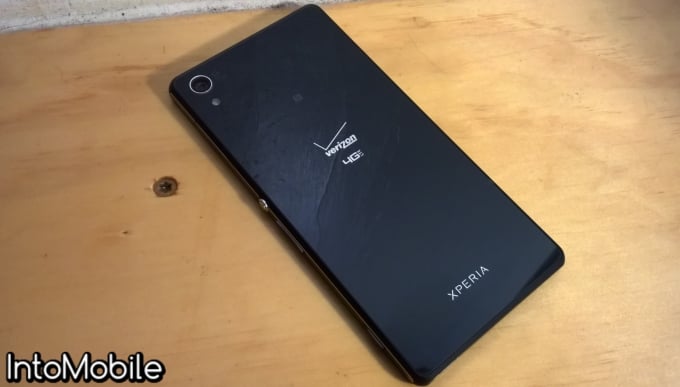 Under the hood of the Z3v is a Qualcomm Snapdragon 801 SoC clocked at 2.5GHz, 3GB of RAM, 5.2 inch HD TRILUMINOS display, a 20.7MP rear-facing camera, 32GB of internal storage with a microSD slot for expansion up to 128GB and a 3,200mAh battery. The Z3v runs on Android 4.4.4 KitKat and Sony has promised that Android 5.0 Lollipop will land on the device soon. Sony’s UI is pretty non-obtrusive and easy to use once you push back all of the bloatware. Sony’s UI is one of the most minimalist around, but it’s still a UI: as with any phone, I recommend installing a custom launcher to really get the most out of the Z3v.

Design wise, the Z3v is a bit of a mystery. Sure it looks good, but why the lack of iPhone 6 looking metal bezels that grace the normal Z3? We’ll never know, but I’m blaming Verizon for that one. The lack of a straight up metal frame makes the device seem a little less premium as well as a little dated. The glass covered back is a nice touch at first glance but becomes a hindrance after a bit. While the Z3v does fit well in the hand, it does get a little slippery when it gets wet. That kind of defeats the purpose of the devices IP65/68 waterproof rating, at least for everyday usage. Trying to use the device in the rain could end up in tragedy as it quickly slips out of your fingers and into the sewer grate, never to be seen again. Ok so that’s a bit dramatic, but still, better to be safe than sorry.

Overall the design is pleasing and functional, I just wish Verizon hadn’t gotten their sticky paws all over an otherwise gorgeous device. 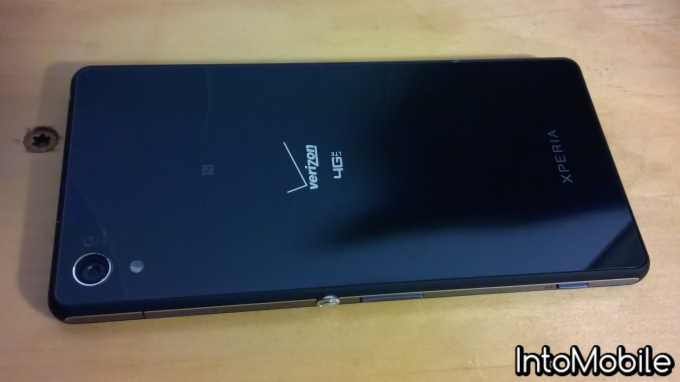 The Xperia Z3 comes loaded with bloatware, and I mean a lot. Some of it is welcome, but as per usual most of it just clutter the otherwise magnificent Z3. It’s not just Sony’s fault either, Verizon had a hand in the bloat as well. The Sony apps aren’t half bad but the Verizon stuff is just downright obnoxious and unusable. It’s really not an uncommon thing, especially for Verizon. But it would be nice to see carriers and manufacturers alike at least give us the option of uninstalling apps we just don’t want.

Of the Sony software that finds itself on the Z3v, the camera apps are the most fun to play with. As with the Z2, AR camera mode makes an appearance, allowing you to overlay silly stuff like dinosaurs over your picture in real-time. It’s a super fun feature, but like all gimmicky software the features lose a bit of their luster after a while. Fun, sure, but not a feature that will get you more than a few days of amusement.

About that camera…it’s really good. The Z3v rocks a 20.7MP Cybershot camera which is just a little more powerful than other Android handsets out there these days. Shots are clear and crisp, and there’s almost no lag when snapping shots. I’m a fan of the dedicated camera button too, which lets you snap a pic with the quickness if need be.

Needless to say it wouldn’t be a Sony smartphone without a ton of customized camera features, and the Z3v is definitely not lacking in that department. You’ll find the aforementioned AR mode, dual camera shots, multi-face mode and sound photos just to name a few. If you’re looking for a device with a killer camera, this guy is totally for you. 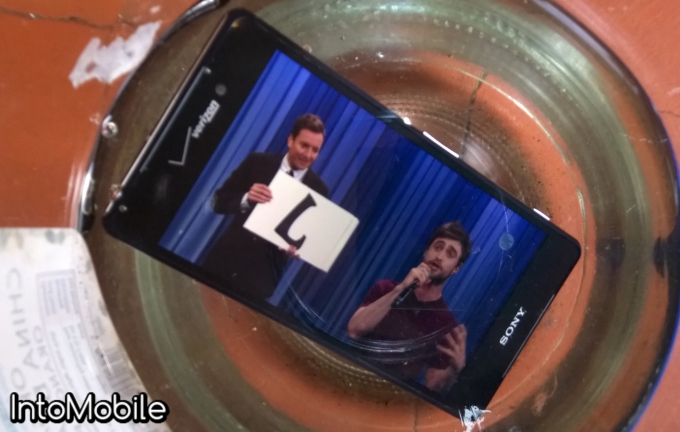 While the Z3v’s design isn’t as flashy or modern as the regular old Z3, it’s still a good looking device. It is a bummer that Verizon went with a different design though, as the normal Z3 looks way better than this beast. If you can put the looks of the Z3v aside, you’ll be delighted to find a snappy, vibrant smartphone with an amazing camera that can stand up to the elements. The addition of PS4 Remote Play is a huge plus, but chances are you’re not going to buy this phone just for its gaming capabilities. Still, the promise of playing PS4 games with a paired controller on the Z3v is an amazing feature.

If you’re in the market for a Verizon branded device that will get you through the next few years and aren’t too concerned about having the flashiest device on the block than the Xperia Z3v is worth a look. AT $199.99 on-contract, you may want to pass this up and go for a DROID Turbo, HTC One M8 or LG G3 instead. 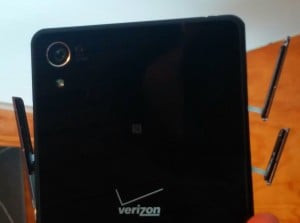 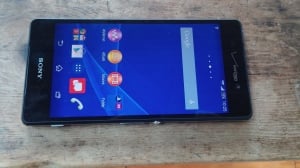 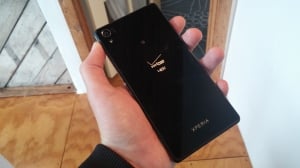 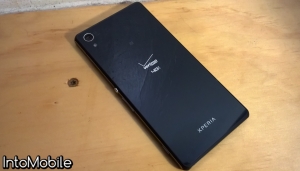 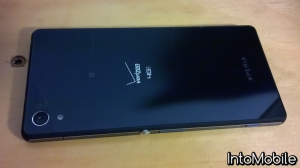 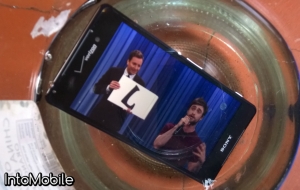 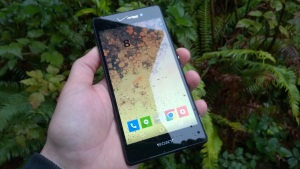