Here are a  few exciting Lollipop updates for you on this dreary Monday: Sprint’s Nexus 5 is receiving an update to Android 5.0.1, and Android 5.0 has begun popping up on LG G3 units in Europe.

LG began pushing out Android 5.0 to LG G3 units with the model number D85520e last Friday, December 12th, so it should land on your device momentarily if it hasn’t already. The update is currently live for LG G3 owners in Austria, the Baltics, Belgium, Croatia, Germany, Hungary, Italy, Portugal Romania, Spain and the UK.

We’re still waiting for the G3’s Lollipop treat here in the states, which could land anytime within the next few weeks. Major updates usually hit Europe before the U.S. so this release gives us all a little hope that Lollipop will land on the G3 before the year’s end as LG had promised. 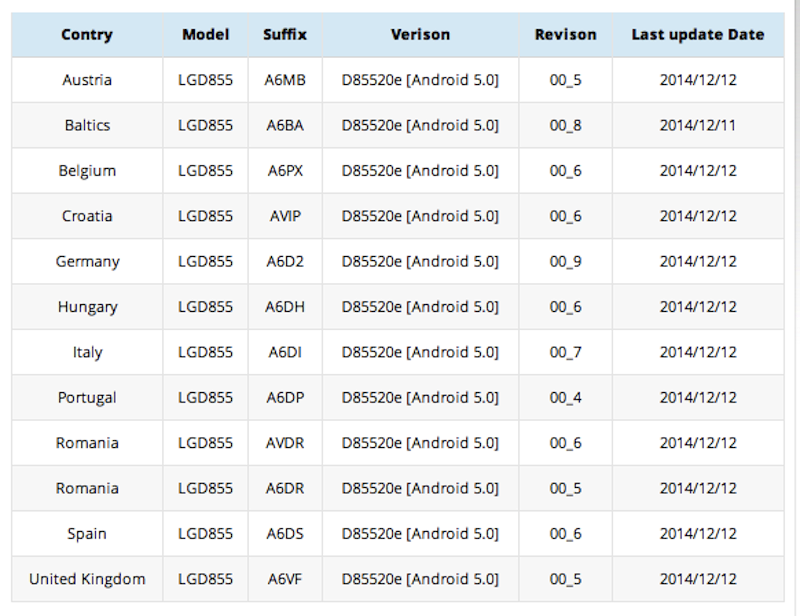 As for Sprint’s Nexus 5, the little smartphone that could is getting a little boost to Android 5.0.1. While not a huge update, 5.0.1 does fix a lot of bugs that reared their ugly heads as soon as Lollipop was released. It should smooth things out a bit for you in the performance department, which is always welcome. The update is rolling out OTA, so look for it to land on your device soon.

2014 is almost over and it's time to pack up that old year and direct out gazes twords the future....