Xiaomi is not new to the smart home market; they already sell a smart light bulb and a smart power outlet. Like that’s not enough, the company that is often referred to as “Apple of China” has unveiled its very own air purifier.

As you may’ve heard, air quality is a major issue in China. The rapid development and industrialization came with a toll, and right now many people living in large cities like Beijing can’t even enjoy the sunrise due to pollution.

Xiaomi can’t clean the outside air but their product could help users breath better air while inside their homes.

Here are 5 things you should know about the Xiaomi Air Purifier:

This is not a small device; it measures 798 x 310.5 x 313 mm and has a weight of some 8 kg (including filters). Xiaomi presumes you’ll place the device somewhere inside a home (rather than carrying it around).

Like any smart device, the Xiaomi Air Purifier is controlled with an accompanying mobile app. From the comfort of a Xiaomi smartphone or tablet, users can learn about the air quality in their homes even when they are away, check weather forecasts, and set the in-home air quality depending on the outside conditions. Moreover, there’s the option to set a reminder to switch off the cleaner to get some fresh air from outside.

The app will also show the lifetime of the filter, and alert users when the filter needs to be replaced or when something is stuck in the purifier and it’s not working properly. Automatic cleaning can be scheduled, as well. 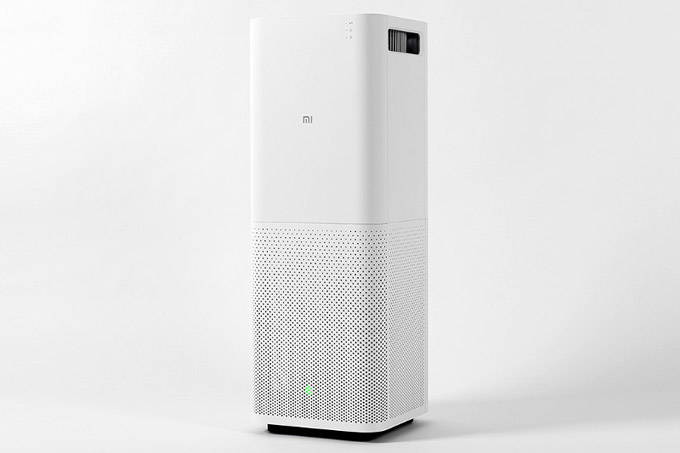 Xiaomi’s Air Purifier has 3-layered filter that wows to remove 99.99% of PM2.5 particles, while producing around 10,000 liters with Clean Air Delivery Rate of 406m3/h. There’s also a built-in WiFi module 802.11b/g/n that provides connectivity with the in-home WiFi network, and makes the purifier accessible via an app.

It consumes a maximum of 75W.

As soon as Xiaomi announced the new device, the local press in the country was quick to point out to similarities between Xiaomi’s air purifier and competing product from Japan’s Balmuda, a maker of electric fans. According to a PCworld report, both devices are shaped similarly, and appear as tall rectangular boxes that can filter the surrounding air.

Balmuda even turned to Chinese social networking site Sina Weibo, saying: “It was discovered that Xiaomi’s air purifier is surprisingly similar to a product that we released in 2012,” wrote Balmuda’s head of product design Gen Terao. “I personally was very bewildered by this.”

Needless to say, Xiaomi was quick to neglect any wrongdoings, adding that many of today’s products look similar and are inspired by one another.

As many Xiaomi products, the Air Purifier is initially available exclusively in China. There, it is priced at 899 Yuan (about $145), while the replacement filters cost 149 Yuan (around $24). As I’m writing this, we’ve no idea when or even whether Xiaomi will bring this product to other parts of the world. We will let you know when/if that happens…

Apple may indeed be working on a smaller iPhone, a report at MobileWorldLive is suggesting. If this proves true, the...