These days we get to see a number of different smart watches. There are those that look and act like small computers, running a kind of specialized operating system, like Apple Watch, Samsung’s Tizen watches, Pebble and an array of Android Wear devices.

Products made by Martian are different. First and foremost they look like regular watches, and could thus find its audience among the folks who don’t like essentially carrying screens on their wrists. Rather, these folks may look for something more traditional looking with some hi-tech accents.

The Aviator B10 is like Martian’s previous products, boasting classic yet somewhat premium look and feel, with added notifications and the ability to interact with your smartphone with voice. Part of the bigger series that also includes Envoy G10, Alpha T10, Electra S10, and Electra E10 – the Martian Aviator B10 can’t run stand-alone apps but will definitely add a “smart touch” to the mix.

Even inside the box, the Aviator B10 feels premium with its genuine leather strap. And there’s a reason – you won’t be able to get one of these without pouring out $279, which is the same money that can get you a much smarter watch. Alas, Martian made its product for a very different audience, for folks who’ll take design over features. 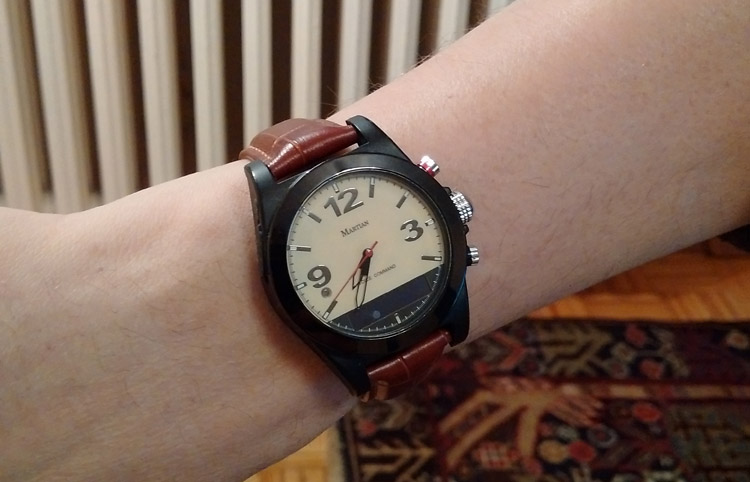 The company describes it as a “classic pilot’s watch” with “aviation cockpit-inspired numerals, hands, and center sweep second hand.” The dial boasts a bright and visible RGB LED light, along with a small, 96 x 16 pixel OLED screen.

The Aviator B10 is made out of durable nylon resin, while its glass is a scratch-resistant mineral one (acrylic crystal). The package is IPX-4 rated, which means it’s splash-proof for 5 minutes, as long as you seal the flap on the micro USB port. You can’t take it for a swim, though.

Two devices working as one

To make sure the watch is working at all times, Martian included the “regular” quartz mechanism that works independently from Aviator’s smart/digital component. Said “regular mechanism” will work for up to two years, while the digital component with its OLED screen won’t last more than five days on a single charge.

That OLED screen is what makes all the difference, though. It will be joined by vibrations to deliver notifications on incoming calls, text messages, social media updates, calendar entries, and so on. This part of the watch will also be handling voice commands through the built-in speaker and microphone. 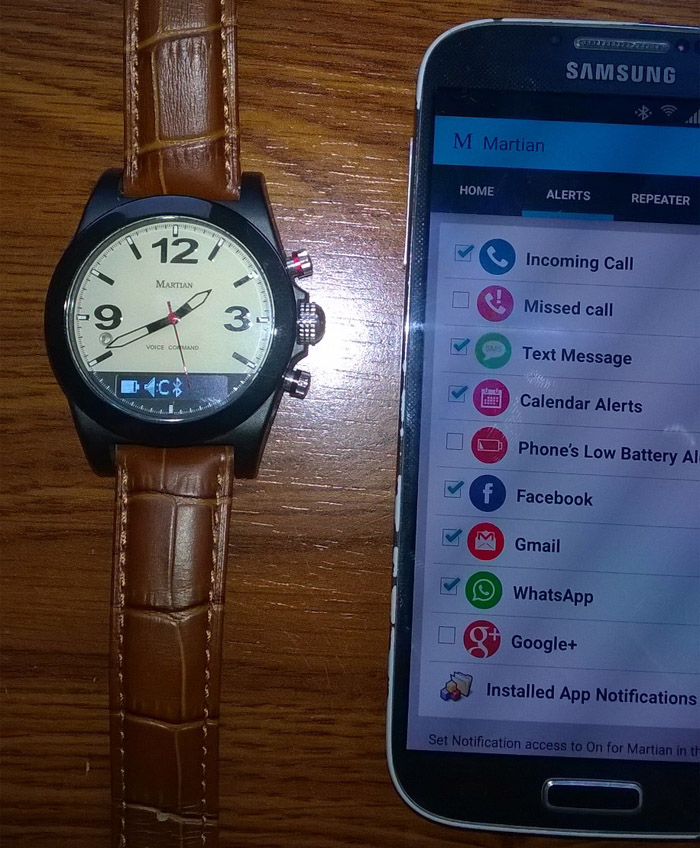 The Martian Aviator B10 connects to an iOS and Android devices with a dedicated mobile app. From that app, users can set up notifications, find the watch if they lose it (the other way round works as well), customize which alerts from the phone should make it to the watch, and so on. The application is easy to use, but it’s not without flaws — perhaps the most notorious bug is that in some cases the watch keeps vibrating even after the notification has been dismissed. That, however, could be fixed with an app updated, and we’re sure something like that will be released in the near future.

Another feature that makes the Aviator B10 smart is its microphone and speaker. Yes, this means you can use the watch “Dick Tracy style,” or just to dictate commands to Google Now (or simpler ones if you don’t enable Google Now). You can use the watch to messages, set calendar appointments, and more. 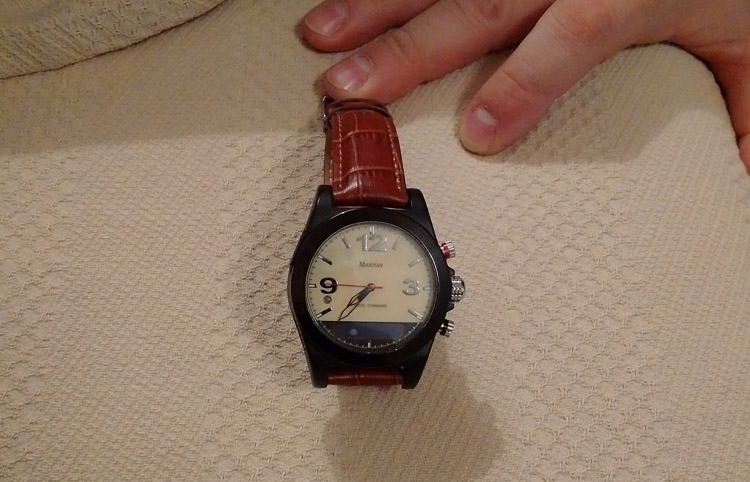 Should you buy one?

While we liked the Aviator B10, we can’t really say this is the best smart watch you can buy. It has its audience and if you’re in that group — the folks who don’t like Android Wear products and the Apple Watch — this is a watch worth buying. It is pricey, but will definitely look good with pretty much any apparel you may wear.

You won’t get to “touch it” like say the Moto 360 or Samsung Gear S2, but you’ll get a fancy watch you’ll want to wear on a date. Or an important business meeting. If that’s something you want – go for the Aviator B10, or some other watch in Martian’s 2015 line-up. They all deliver the same goodies… 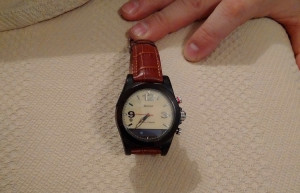 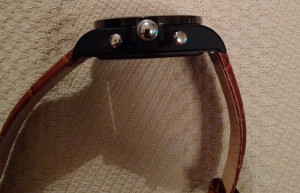 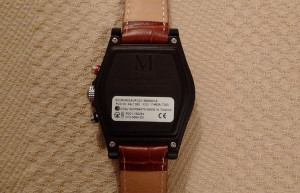 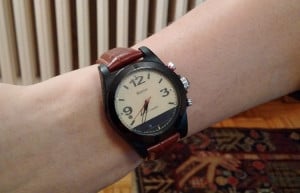 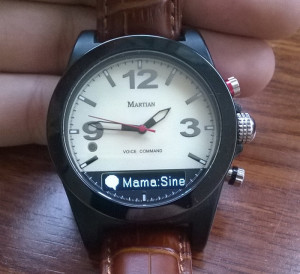 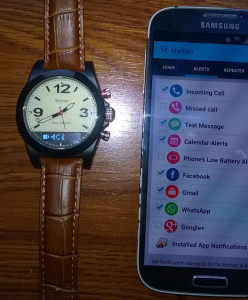