With Nokia poised to release a new, upgraded version of the iconic 3310 handset, opinion in the marketplace has been polarised.

While the device has been subjected to ten-times more pre-registration interest than any other flagship handset so far in 2017. For example, some dissenting voices have claimed that the device will struggle to compete over time with more powerful Android and iOS handsets.

Such observations do a great disservice to the original handset, which to this day remains one of the best selling mobiles of all time. There are even famous stories of people who continue to use their original 3310 to this day, including a retired soldier – Dave Mitchell – who first bought his handset in 2000 and has even retained the original battery.

Despite surviving through 17 years and two military tours of Iraq and Afghanistan, the phone remains in perfect working order and the battery still only requires charging every 10 days.

The durability and basic functionality of the original feature phone were two of its core selling points, and under the stewardship of Microsoft the new Nokia 3310 is likely to retain these. In fact, the battery has been improved to deliver up to one month’s continued usage, which makes for a refreshing change in an age of over-tasked smartphones.

The simple design and functionality of the new device is also just as impressive as its predecessor, although developers have favored a slightly sleeker design with rounded edges and an array of available colors.

This fusion of classic and contemporary design features will help to optimize the level of interest in the device, which as we can see has already proved exceptionally strong.

Some of this is due to the novelty value and cult status of the handset, of course, but its economy and competitive price mean that, if marketed well, it should have a longer-term place within the market. The device would seem to have particular merit as a second phone, either on a pay-as-you-go tariff or a flexible, SIM-only contract. 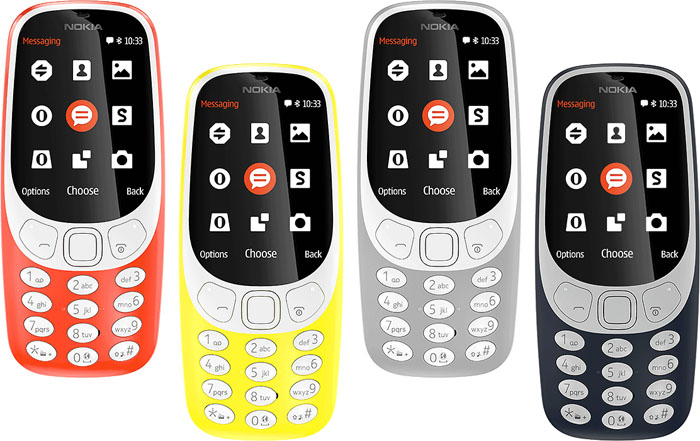 There are challenges facing the new, Nokia 3310, however, some of which may impact its potential to trigger a trend for retro-releases and challenge the big-hitters like the iPhone 7 and Samsung’s Galaxy S8 (which are both due for release this year).

One of these is the relatively restricted spec and low-connectivity of the handset, which is likely to deter younger buyers and tech-enthusiasts from initially making a purchase. Now, the emergence of the Qualcomm 205 Mobile Platform will enable 2G devices such the Nokia 3310 to support 150Mbps 4G downloads, but whether this is enough to drive long-term demand remains uncertain.

Clearly, the new Nokia 3310 represents the revival of a cult classic and is likely to have an instant impact on the market. The question that remains is whether this can be sustained, particularly against similar compact but more powerful devices such as the iPhone 6 or 7.

After all, Apple’s latest iteration is expected to offer improved battery life and even greater functionality, meaning that those who have the means or have entered the market in search of a primary handset are always likely to favor the iPhone.

There is a definite shift in the market towards entry-level feature phones, however, and the Nokia 3310 introduces a new element to this market with its cult appeal. Only time will tell whether this is the start of something big.