The HTC Sensation 4G is another smartphone in the long series of Android handsets being churned out these days, but does that make it just another run-of-the-mill Google smartphone? It has a vivid 4.3-inch qHD touchscreen display, runs on the latest version of Android – 2.3 Gingerbread – and utilizes HTC’s Sense UI 3.0. Armed with a 1.2GHz Snapdragon processor, an 8MP camera and T-Mobile’s fast data speeds, the HTC Sensation just might be my favorite Android handset yet.

It is a little slippery, and the screen might be a bit long for smaller hands (thanks mostly to the qHD resolution), but overall the pros outweigh the cons and it’s a fine choice for T-Mobile customers who want the latest and most advanced Android handsets.

The HTC Sensation 4G for T-Mobile is available now for $199.99 with a two-year contract or qualifying upgrade.

The HTC Sensation 4G is unmistakably HTC by design, although it does venture off into some artsy and interesting features. At the face, you have the standard home, menu, back and search Android buttons underneath a 4.3-inch qHD (960 x 540) display. There is a lengthy earpiece that also houses a notification light, and it's flanked by an ambient light sensor and a front-facing VGA camera. On the left there is a volume rocker and mini-USB port, and on top there is a 3.5mm headset jack and the sleep/wake/power button. 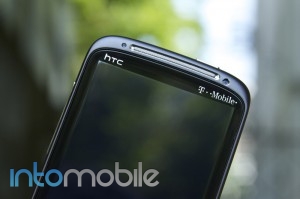 At the back of the phone there is an 8MP camera with dual-LED flash, and the speakerphone is located right next to it. The back case has an interesting three-tone design, and it comes off entirely along with the phone's earpiece grill. When you remove the battery cover, you're effectively removing the entire phone's casing.

The Sensation 4G feels great in the hand thanks to the casing's contours, and the front glass is also curved a little which gives it a nice touch. It's like the Nexus S, but much more subtle. When you're holding the device, you can tell that you're handling a quality piece of hardware. There are no hard edges on the phone, and its subtle curves and contours almost give it an organic in-hand feel. In terms of pure hardware and build quality, the soft-touch casing, scratch-resistant glass and metal hardware accents make this one of the nicest Android handsets on T-Mobile's line-up.

While the Sensation doesn't support T-Mobile's HSPA+ 21Mbps network, I was still able to get very fast speeds in my speed tests. The device itself is a 14.4Mbps handset, but I managed to average 6Mbps down with peaks of up to 9Mbps, and 1-2.5Mbps upload. 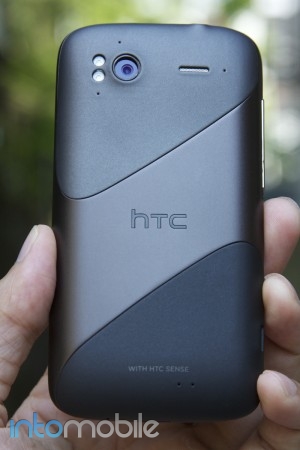 You'll find Android 2.3 Gingerbread running on this device along with the latest version of HTC Sense. The inclusion of Sense UI might not be for everyone, but I find that it gives a little more usability and style compared to vanilla Android. The first thing you'll notice is the carousel effect when swiping between screens: instead of a complete lateral motion between screens, the window panes tilt away from you making room for the next window when you scroll through. You can also see the great detail that HTC added, such as the analog clock when you rotate it away from you slowly - it looks like the clock is actually affixed to a hinge.

Another great feature is the multitasking pane or the task bar. When you pull it down, you see your five most recently used apps, and you're also able to toggle to quick settings where you can quickly turn on Wi-Fi, Bluetooth and more. Even the lock screen now includes quick shortcuts, and they're customizable, too. The default applications on the lock screen are the phone, mail, camera and messages.

The application screen is a little different with the latest version of HTC Sense, too. Instead of an infinite scroll, you scroll up and down by pages now. You also have the option to see your most frequently used apps, or downloaded apps via a toolbar at the bottom of the screen.

And of course, you'll have access to HTC Hub where you can create an account and sync and backup your device with HTC's cloud service. You'll also be able to remotely locate and wipe your device if it ever gets lost, too. If customization is your thing, HTC Hub lets you download additional wallpapers, scenes and ringtones, too.

Since the Sensation 4G is a high-end T-Mobile device, you'll also be able to make calls over Wi-Fi when available, or when regular coverage is poor. But be aware that it will eat into your regular minutes as well.

Here we have the standard Android browser skinned with HTC Sense. While I'm not a fan of the skin on the browser, it's not very intrusive and it works just fine. Web pages rendered just fine and scrolling up and down a page was very smooth. Over T-Mobile's HSPA network, IntoMobile.com took 11 seconds to load, ESPN.com took 6 seconds to load and Slate.com took just 4 seconds for its mobile page to load up. Adobe Flash is also supported but I found that playing videos or Flash content within the browser drained the battery significantly, and while the Sensation 4G packs a 1.2GHz dual-core processor, there was still a bit of lag and choppiness with Flash content enabled.

The Sensation 4G is pretty decent in the multimedia department. Its camera and gallery are your typical Android versions with some very minor tweaks, and from the gallery you can share images via e-mail, MMS and a number of social networking services like Facebook and Twitter. The music player is also pretty good, and the Sense UI skin makes it look pretty nice. You can do everything you'd expect from a music player - play, pause, stop, skip, rewind, shuffle, loop and more. The music app even has a widget that you can add to one of your homescreens, so you can quickly get to your playlists and hear what you want right away. 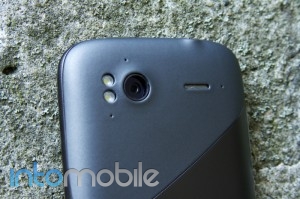 The 8MP camera on the device is paired with a dual-LED flash, which is incredible in low-light or no-light performance up to about 12 feet away. In extremely dim light, the flash was able to detail everything within a 10 to 12 foot radius without drowning out color or casting harsh shadows. It's impressive for a camera phone. Standard image quality itself, however, is OK. Colors and contrast are good, but the picture details can get a little muddy. For sharing on the phone or on the web (like blogs and social networks), the quality is just fine. But if you get anywhere over 50% scale, you'll begin to see degradation in sharpness and quality. At the full 8MP, any sharpness is almost entirely lost, making 100% crops not ideal for most use. Video recording is pretty good, however, and records at 1080p HD. Video is crips and smooth, and sound is recorded very well, too. 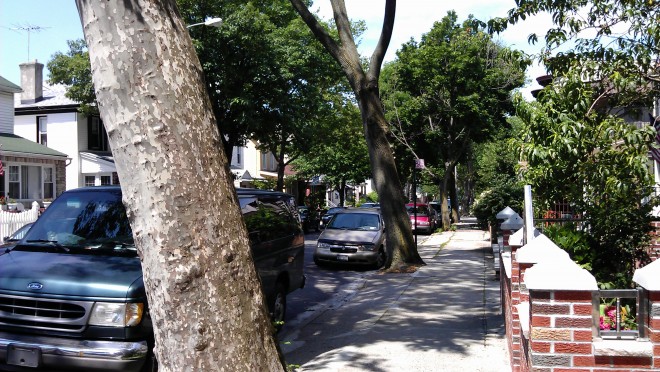 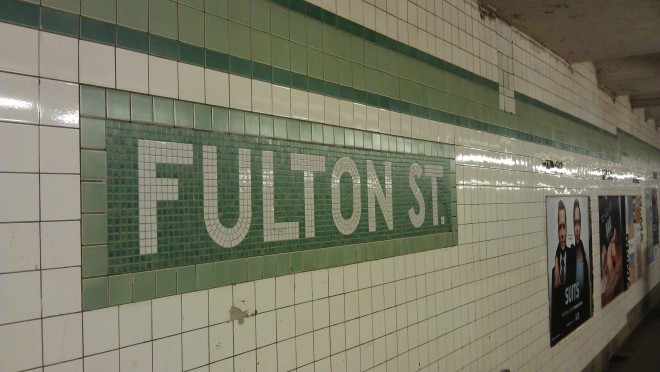 In my experience, call quality wasn't decent but not spectacular. Callers sounded a little heavy on the treble side and not much on the low-end, but I could certainly hold a conversation without any real issues. Callers said I sounded just fine, so it just might be an issue with the earpiece of the phone. Speakerphone wasn't too great, and it was very difficult to hear my callers even with the phone held away from a table at full volume. Wi-Fi calls generally had the same quality, so it certainly didn't suffer, but Wi-Fi calling didn't improve the quality much.

Battery life on the Sensation 4G was excellent. Most Android devices seem to hold a good charge for about 10 hours before you start to worry about how much longer your phone will last, but the Sensation 4G would be unplugged and on its own from 8 a.m. until about 10 p.m. at night before it hit the 20-30% range with moderate to heavy use. If there was any worry that a 1520mAh battery wouldn't last with a 1.2GHz Android smartphone, just a single day with the Sensation 4G will put those worries to rest. 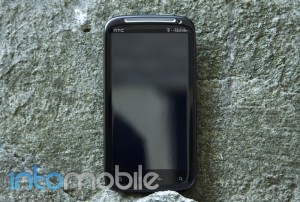 The HTC Sensation 4G is a fine Android device. It is running the latest version of the Google mobile platform, 2.3 Gingerbread, and has a very useful and nicely design user interface - HTC Sense 3.0. The perks that come along with HTC Hub are also a nice bonus. The smartphone is definitely future proof with its 8MP camera and 1.2GHz Snapdragon processor, so you won't feel left behind when the next great Android handset comes out in just a few weeks, as they so often do.

Overall performance and battery life are admirable, with my only gripes being the image quality from the camera. But even then, it wasn't all that bad. Perhaps the Sensation 4G could shave off a few tenths of an ounce, but some might feel that the heft adds to that svelte feeling when holding the device.

With the LG G2x sharing shelf space with the Sensation 4G, the decision to buy a high-end Android handset from T-Mobile just got that much harder.