One of the most interesting decisions that LG made with the G2 was put the volume keys and power button on the back side of the device – something we’ve never seen before. Of course, there’s much more to the G2 than button placement, and in this review, we’re going to see if LG’s latest flagship device is going to be the home run that we saw with the Optimus G. Read on!

The face of the handset is very clean and to the point. The 5.2 inch 1080p HD IPS+ display is one of our favorites and produces ultra rich colors without oversaturation. The display also swallows the majority of the face. The bezels surrounding the display are ultra narrow at 2.65mm, making the viewing experience very nice.

Above the display, you'll find the expected bunch of sensors (proximity and ambient light), ear piece, customizable notification LED (through settings or third-party app), and 2.1 megapixel front-facing camera. The only thing you'll find below the display is a LG logo, as the G2 now uses on-screen navigation buttons instead of capacitive buttons that we saw on the Optimus G.

The rear side of the device is where you'll find the volume rocker, power button, and 13 megapixel OIS camera and LG logo. Placing the buttons on rear side of the device is definitely a unique implementation, and they have been placed here for easy access when on a phone call. When holding the device in either hand, the power and volume buttons are easily accessible and it's more functional than some may think. Taking screenshots from the back is very easy, given that you simply hold down the button two buttons and the volume down key allows you to take photos with the front-facing camera without fiddling with the on-screen shutter key. Surrounding the power button is a notification LED that illuminates when on a call and when you unlock the device, just to add a bit of flair.

Given the volume rocker and power buttons are found on the rear of the device, there's little to speak of when it comes to the sides. Both right and left sides of the G2 are left bare, with the IR blaster found on the top, and 3.5mm headphone jack, dual speakers, and micro USB port found on the bottom.

Inside the G2 is a powerhouse of hardware that can go toe to toe with just about every handset on the market right now. Not only does it ship with a blazing fast 2.26GHz Qualcomm Snapdragon 800, but you'll also get 2GB RAM, 32GB internal storage, NFC and everything you'd want in a smartphone right now.

Audio buffs out there are sure to be excited for the LG G2's Hi-Fi Audio playback capabilities. With the new LG Quadbeat 2 headphones, G2 owners will be able to enjoy 24bit, 192kHz Hi-Fi sound playback, giving you an insanely crisp and clear audio experience. 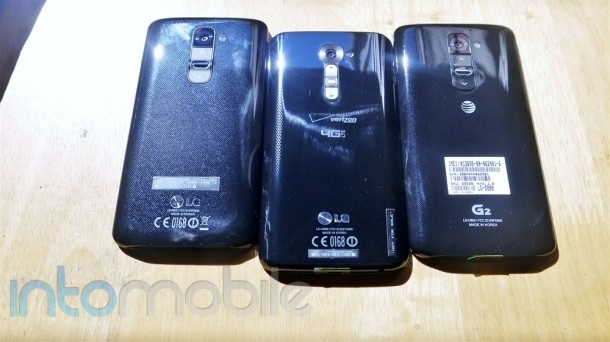 We currently have the international unit, and both AT&T and Verizon versions of the LG G2, and like the Optimus G, you'll find a few differences in hardware.

While the AT&T LG G2 retains the exact look and feel of the international version, the Verzion unit has been tweaked a bit. The rear buttons on Verizon's unit are a smaller and done up in a brushed metal finish. This subtle tweak looks nice, but we do wish the buttons retained the same size as the international and AT&T units. The Verizon version of the G2 also has a different pattern found on the backside, which gives off a honeycomb look.

The differences between the Verizon LG G2 and the international and AT&T units are minimal, but the tweaks on the Verizon variant will require users to buy accessories specifically for that model. On the other hand, AT&T users will be able to grab any LG G2 accessory that was made for the original design, giving them more options to choose from.

The design of the LG G2 falls in line with the companies' previous handset designs, in that it's a very subtle and understated device. While the buttons on the rear side of the device can be eye-catching, it's nothing dramatic enough to notice with a simple glance.

Unlike it's predecessor, the G2 is full of curves that make it feel great in the hand, and when your dealing with a 5+ inch display on a smartphone, in-hand feel is very important.

The rear side of the G2 is done up in a plastic shell, which might seem like a step down from the Optimus G, but this makes the G2 very light. Also found on the back is a subtle reflective pattern that's reminiscent of the Optimus G's Crystal Reflection Method, but a bit more toned down. In either case, the subtle pattern is a nice touch. 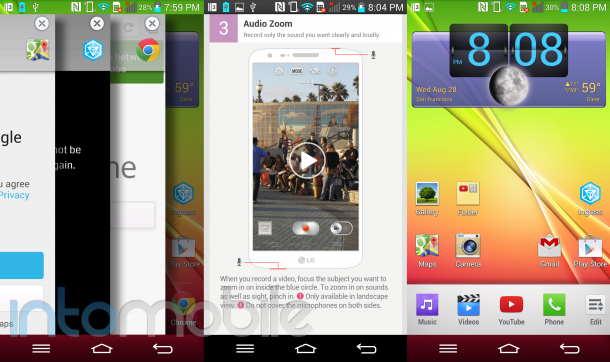 LG's custom user interface has long been one of our favorites, as it retains a very familiar Android look and feel, while adding its own software without disrupting the overall Android experience. The G2 ships with a handful of interesting software tweaks that we think users will enjoy.

With the power and volume buttons on the back side of the G2, it was a necessity to have a way to unlock the device when it's laying down, which is where Knock-Knock comes in. This simple but pretty awesome implementation allows the user to unlock the device by double tapping the display. Going a little further, the G2 will also lock itself when the user double taps on 'dead space' on the home screen.

LG's Slide Aside may not be a one-handed operation, but the feature is pretty nifty for switching applications. To save an application, you swipe the screen to the left using three fingers. The application slides away and it'll be waiting for you whenever you need it. Three applications can be saved at one time, and to retrieve the saved apps, the user swipes to the right with three fingers to have the apps slide into view. Best of all, if you don't have your other hand free to use Slide Aside, you can simple hold down on the home button to show your most recent applications as well.

LG went big when it came to audio enhancements with the G2, and Audio Zooming is a great feature to have when recording or playing back video. The feature is simple and straight forward. When recording a video, you can zoom into the area that you'd like to focus on, and it the sound will be amplified in that particular area, with surrounding areas' audio toned down. You might not get the impact of this feature when recording a video, but you certainly will when playing the video back.

Audio Zooming for video playback is about as easy as it gets. While the video is playing, you can choose from the left, center, or right sides of the video to zoom in on and the selected area will be amplified.

Quick Remote for the G2 is now better than ever. Not only can you control your TV with the handset, but you can now control almost any of your appliances that uses an IR remote, like air conditioners, fans, and much more.

While Google introduced multiple user support in Android 4.2, LG has its own Guest Mode that's just as easy to use. The owner of the handset can set a unique unlock pattern for guests and choose what applications guests have access to. From there, the guest simply uses the unlock pattern assigned to the Guest Mode account.

There are a ton of new features on the G2, like Text Link, and other great features we saw in previous handsets, like QSlide and QMemo. LG offers up a large amount of features that may seem a bit overwhelming in the beginning, but as with anything, you'll find and use what works best for you.

The Camera on the LG G2 is easily one of its best selling points. The 13 megapixel shooter ships with Optical Image Stabilization, which dramatically improves the quality of photos, especially when dealing with moving objects.

The default settings on the G2 camera likely won't need to be changed for a good chunk of users. The shooter focuses and snaps photos very fast, and a majority come out crisp and clear. The low light performance of the camera is also equally impressive.

For those who like to tinker with camera settings, the G2 offers quite a few options that will definitely satisfy. Of course, outside of the auto and manual settings, users will find a handful of camera modes that cover a vast majority of scenery and lighting situations as well. 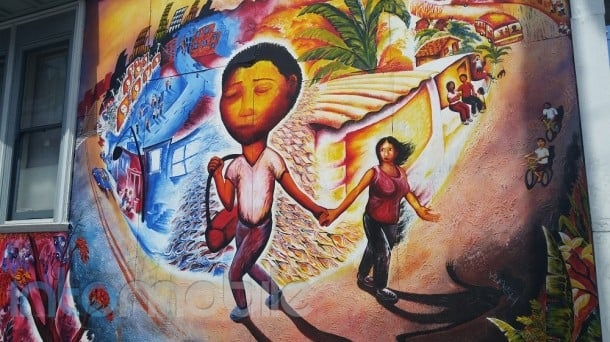 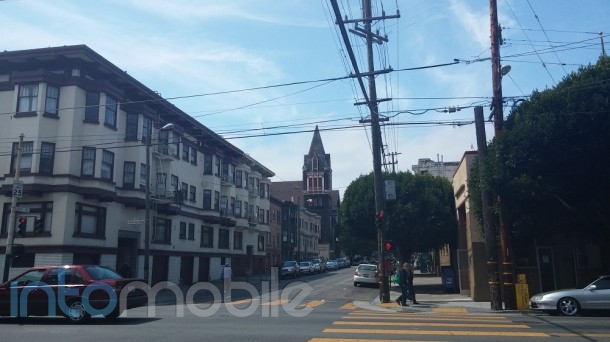 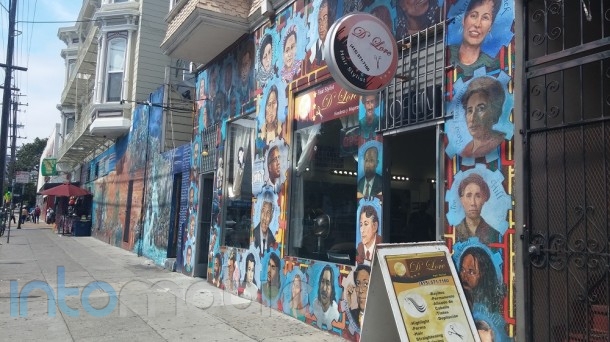 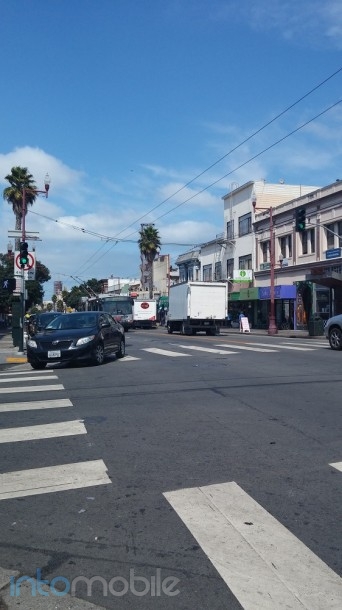 The international (T-Mobile SIM), Verizon, and AT&T units tested all perfomed exceptionally well when testing call quality. Calls came through loud and clear with little to no interference whatsoever.

What's a powerhouse of a smartphone without a decent battery to back it up? The G2 ships with a whopping 3,000 mAh 'stepped' battery that will easily get you through the day and well into the night. With so much power under the hood of the G2, we're definitely glad to see that LG didn't skimp on what's essentially the most important part of a smartphone. 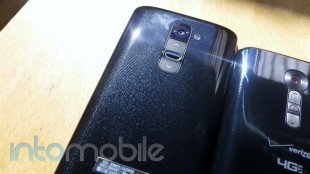 The G2 is exactly what we wanted to see LG produce as a follow-up to last year's Optimus G. The handset hits all high marks in our book. From its gorgeous display to its great camera and battery life, LG didn't leave anything out with this handset.

The rear side button configuration may seem a bit odd to some, but it's definitely easy enough to adjust to. With features like Knock Knock allowing you to unlock the device by tapping the screen, the button placement becomes less important in the grand scheme of things.

Features like Hi-Fi audio support and the much improved Quick Remote on the G2 are going to impress users, even if it takes a while to get around to them. The handset offers so many features, users will likely continue to discover new things they never knew about.

There's so much to like about the G2 that it should definitely be at the top of your list if you're shopping for a new smartphone. Also, given that the G2 will be available on all four major carriers in the US, it's definitely LG's time to shine.