We’ve already put the unlocked Xperia Z through its paces, along with the Xperia ZL and Xperia Tablet Z, but now the T-Mobile Sony Xperia Z is up to bat. While essentially the same as the unlocked model, this handset is one of the few Android devices from Sony that’s been offered on a US carrier other than AT&T, and that alone is something to get excited about.

The Xperia Z ships with a powerful spec list, along with a sleek design and unique software experience. Still, with the likes of the Samsung Galaxy S 4 and HTC One sitting right next to it, how will the Xperia Z fare? In this review, we’ll see if Sony’s flagship device has what it takes to compete with and beat the current smartphone kings in T-Mobile’s lineup.

The Sony Xperia Z is both a beautiful and powerful device that's every bit as nice as the unlocked version we reviewed a few months ago.

The face of the handset is very clean, as is true with most devices that ship with a 5+ inch display. The top of the handset gives you the standard assortment of sensors (proximity and ambient light), ear piece, Sony logo, and a notification LED at the top right. The notification LED isn't nearly as interesting at the ZL's, but it certainly gets the job done. Since the Xperia Z relies on on-screen navigation buttons, you'll only find a microphone piece at the bottom.

The back side of the handset is equally as clean as the front, where you'll only find the 13 megapixel camera with LED flash and Xperia logo in the middle.

The sides of the Xperia Z are also simple and clean. Ports are covered with small, water-tight covers, and the exposed buttons on the sides (volume rocker and power/lock button) are also water resistent. Since the ports are covered, it can be a little tricky to rememeber what port is where, but it's something that the user will get used to quickly. 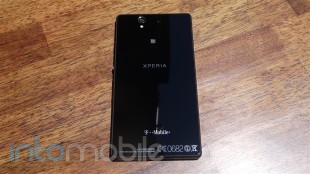 One of the main features that's being pushed hard in the Xperia Z is its water resistant capabilities, allowing the handset to be submerged under 3 feet of water for 30 minutes. And now that it's summer time, you can take your Xperia Z with you to the pool without any worries!

The Xperia Z basically looks like a smaller Xperia Tablet Z, and both share many of the same specifications, including it's nifty water resistant capabilities. Be sure to check out our Sony Xperia Tablet Z review here! 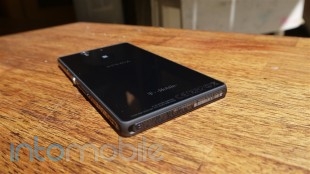 Like the ZL and the Tablet Z, Sony's flagship smartphone ships with the Omnibalance design that's both clean and simple, but modern and appealing.

To make the look and feel of the Xperia Z even better, the handset is covered in two panes of glass. Because of this, the handset can pick up a ton of fingerprints, which is a tradeoff we've been living with on many phones.

The placement of the power/lock button and volume rocker is something the owner will have to get used to. Both are found on the same side, which isn't all too bad, but the placement seems a bit odd. The power button is almost right in the center of the right spine, but since it's rather big, you won't have trouble finding it even in the dark. But what's peculiar is that the volume rocker is below the power button, which can make for some awkward fiddling with the handset in the beginning. Still, it's certainly no deal breaker and it's easy enough to get to.

The Xperia Z feels durable in the hand, even with two pieces of glass adorning the front and the back. The device's skeletal frame surrounding the edges also make the handset feel like it can take quite a beating. 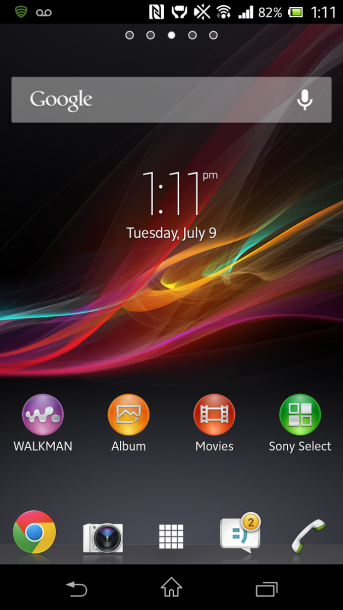 Sony is offering up its latest software experience across the entire line of its new handsets and tablets, with little variation, so you can expect the same with the Xperia Z. This is a very good thing.

The entire software experience is simple and to the point, making it an easy transition for someone coming from another Android device. In fact, the "cleanness" of the UI makes Sony's offering one of our favorites, as there isn't a ton of over the top customization or unnecessary software that you won't use. The customization you do see on the Xperia Z make sense and is very easy to use.

There's a nice helping of pre-installed T-Mobile applications you may or not use, along with the carrier's MobileLife news widget. Luckily, the included T-Mobile applications can be disabled. Sony's home-brewed applications are great and offer up a nice experience that compliments the rest of the user interface. Apps like the gallery and Walkman are definitely neat and provide a slick alternative to Google's stock Android offerings.

Overall, the Xperia Z will give customers a refreshing take on Android, and that's always welcome in our books. Sony's "less is more" approach with its software definitely pays off.

One of the main features that will surely attract people to the Xperia Z is the 13 megapixel camera. The camera rocks Sony's Exmor RS sensor for mobile, allowing the handset to take great HDR photos and video.

Another feature you'll find on the Xperia Z is Superior Auto. We enjoyed this feature on the Xperia ZL and Tablet Z, and it's just as nice on the Z itself. Superior Auto automatically adjusts the camera settings depending on the lighting and subject, ensuring that you have a great shot every time. Of course, you can also turn Superior Auto off and get into the nitty gritty yourself if you so choose.

We like that Sony brings a no-fuss camera interface to the user, yet still allows those who want to dig through and customize settings to do so, making it a nice experience for anyone who uses it. 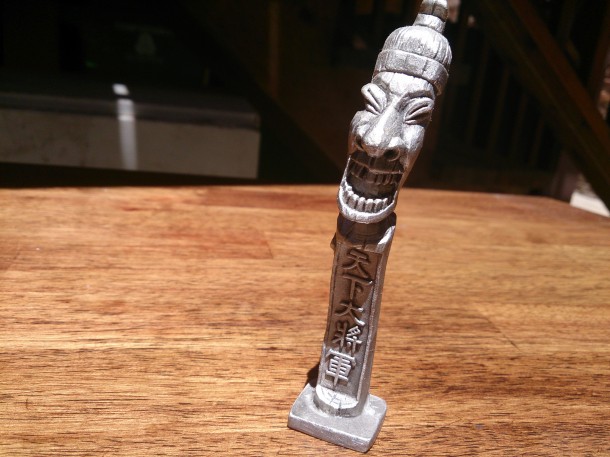 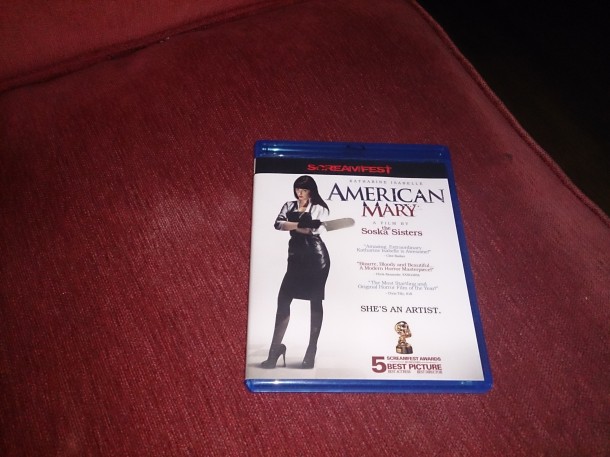 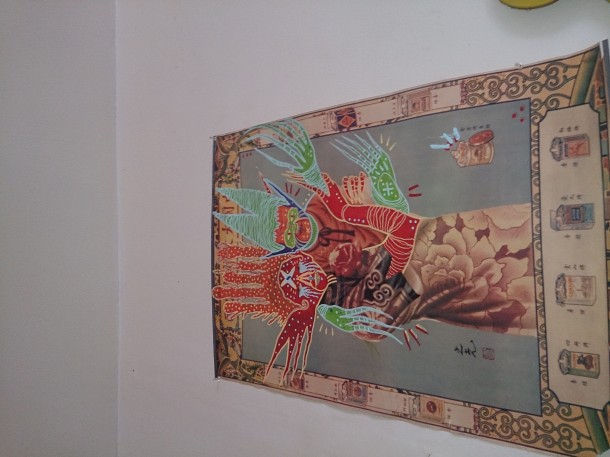 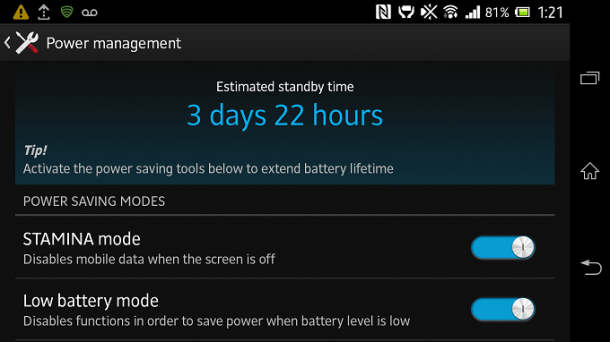 We found no issues in the call quality department. Calls came through loud and clear on both ends, with no distoration whatsoever.

Battery life was pretty impressive on the Xperia Z, and with a 5 inch HD display, it's something that you'll need a lot of. One should have no issue getting through the day on a single charge, but power users that have their settings cranked up at all times will likely see different results. Just in case you need more control with your phone's battery, Sony also offers up a few power management options like Stamina Mode and Low Battery Mode. 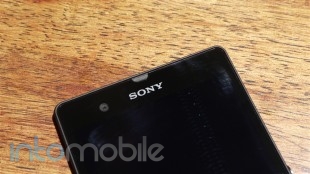 So does the Sony Xperia Z have what it takes to go up against the likes of the Samsung Galaxy S 4 and the HTC One? You bet it does.

Sony is offering up a unique experience that's more than welcomed in the Android space. The software on the handset is a simple and straight-forward experience that isn't hindered by ultra-heavy customization or useless features, and the Sony-made applications are solid.

With a powerful set of specifications and a great design, the Xperia Z can take on just about any smartphone on the market today. Plus, there aren't too many phones out there with dust and water resistance capabilities. Even if said feature isn't on the top of your list, it could come in handy when you least expect it.

The Sony Xperia Z will be available on July 17th at T-Mobile, so you don't have long to wait until you can grab one. Now all you have to figure out is whether you want the black or the limited-edition purple Xperia Z.